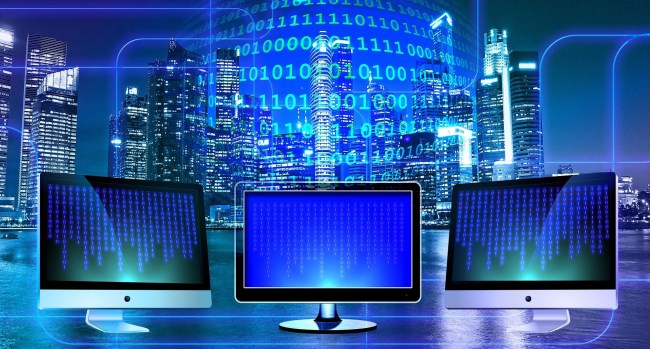 The “dead internet theory” that’s been making the rounds on social media of late is a perfect example of this sort of thing.

So what is this “dead internet theory” anyway?

Well, according to this conspiracy theory, at some point in the not too distant past artificial intelligence decided to swap out the “real” internet with a “fake” version that it runs pretty much all by itself.

The reason for it having legs, of course, has a lot to do with the massive proliferation of bots that have infested social media platforms like Twitter.

That, and the fact that people like a user named IlluminatiPirate on message boards such as Agora Road’s Macintosh Cafe have written some very well thought out explanations as to why they believe the “dead internet theory” is real.

That’s an interesting angle on the dead internet theory

According to Kaitlyn Tiffany of The Atlantic…

Peppered with casually offensive language, the post suggests that the internet died in 2016 or early 2017, and that now it is “empty and devoid of people,” as well as “entirely sterile.” Much of the “supposedly human-produced content” you see online was actually created using AI, IlluminatiPirate claims, and was propagated by bots, possibly aided by a group of “influencers” on the payroll of various corporations that are in cahoots with the government. The conspiring group’s intention is, of course, to control our thoughts and get us to purchase stuff.

As evidence, IlluminatiPirate offers, “I’ve seen the same threads, the same pics, and the same replies reposted over and over across the years.” He argues that all modern entertainment is generated and recommended by an algorithm; gestures at the existence of deepfakes, which suggest that anything at all may be an illusion; and links to a New York story from 2018 titled “How Much of the Internet Is Fake? Turns Out, a Lot of It, Actually.” “I think it’s entirely obvious what I’m subtly suggesting here given this setup,” the post continues. “The U.S. government is engaging in an artificial intelligence powered gaslighting of the entire world population.”

His theory has also been shared on other forums like Reddit and Something Awful where it’s received much acclaim as well as arguments over how many of the commenters on the posts are actually bots.

Tiffany also cites a 2018 New York story by writer Max Read in which he states, among many things, “The U.S. government is engaging in an artificial intelligence powered gaslighting of the entire world population.”

Of course, it’s all ridiculous. But it’s ridiculous in a way that still makes you think. And after all, that’s really what a good conspiracy theory is all about.

Plus, it’s not like we shouldn’t be worried about becoming manipulated by artificial intelligence. Quite the opposite, in fact.

So perhaps a little crazy conspiracy talk is exactly what we all need right about now. In fact, maybe even the whole “dead internet theory” itself was created by an artificial intelligence bot just to remind us humans who is really in charge these days.