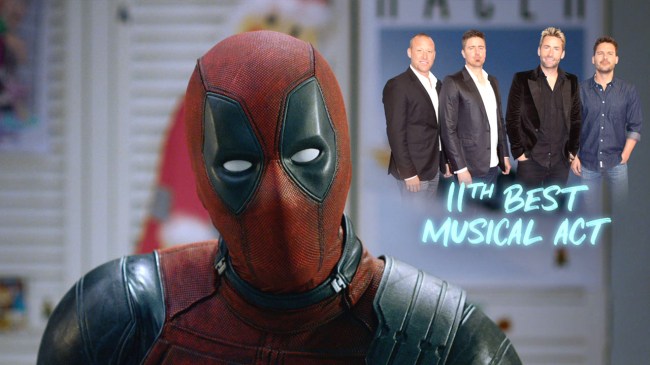 One of the best parts of Deadpool movies being released is the incredibly entertaining marketing that accompanies it.

So even though we really didn’t need a PG-13 cut of Deadpool 2 called Once Upon A Deadpool, we’ll take it for no other reason than for 20th Century Fox and Ryan Reynolds promotional efforts.

We’ve already seen how the Deadpool folks have chosen to troll none other than John Wick (both directed by David Leitch) with a sneaky reference to the poor puppy from the first John Wick movie.

And now we’ve got Deadpool taking aim at one easy target: Nickelback, and one less likely, but very appropriate one: the Avengers: End Game movie.

For the latter, we have a new website with the URL of AvengersEndgame.com, which, naturally, leads to information about Once Upon A Deadpool.

For the former, Nickelback, Deadpool damns them with faint praise in a new video with his new running buddy Fred Savage.

“I kind of prefer Marvel movies,” says Savage to Deadpool, who responds, “We are Marvel.”

“Yeah, but you’re Marvel licensed by Fox,” Savage fires back. “It’s kinda like if the Beatles were produced by Nickelback. It’s music, but it sucks … They’re overproduced, formulaic ear garbage.”

“You know who might disagree with that? Facts,” says Deadpool says, who then proceeds to list off Nickelback’s many honors including “11th-best-selling musical act of all-time” and “Billboard‘s most successful rock group of the last decade.” 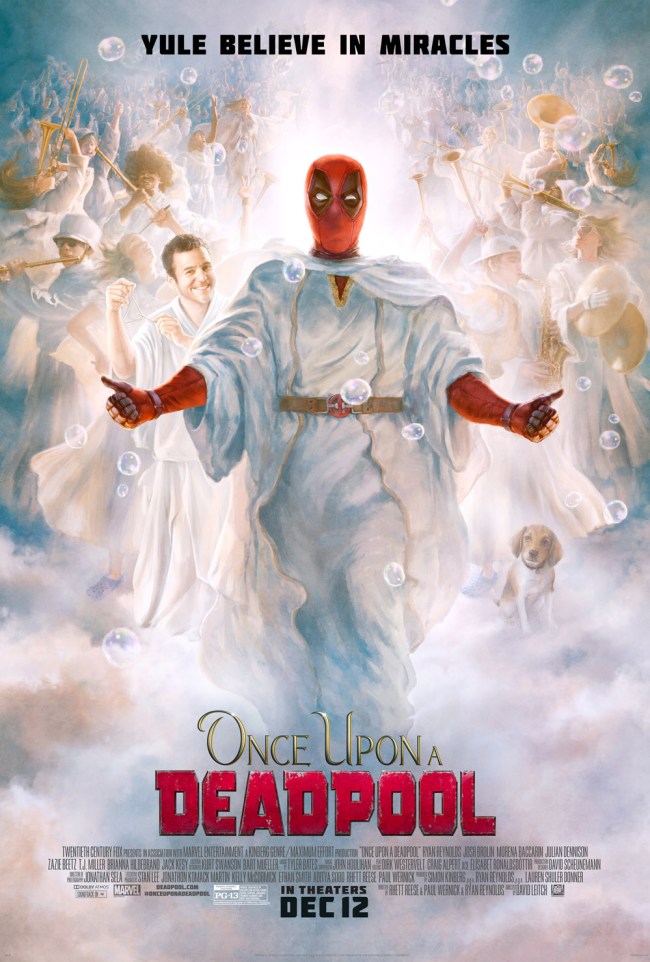 Once Upon a Deadpool hits theaters December 12. One dollar from every ticket sold in the U.S. from the film’s premiere through the 24th going to nonprofit organization F**k Cancer.