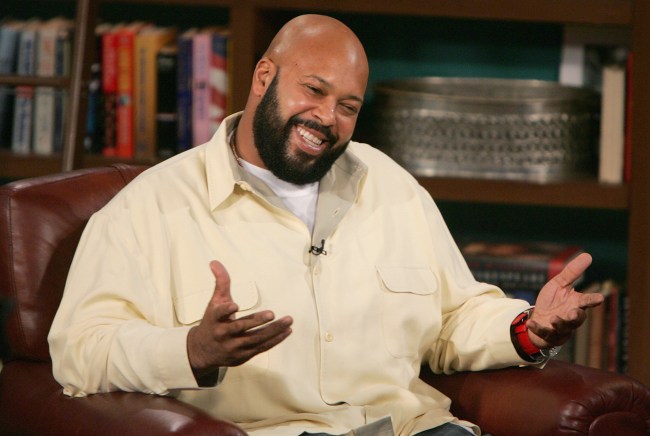 A bizarre turn of events has gone down in the hip-hop world. A $107 million judgment that ruined Death Row Records and bankrupt Suge Knight has been voided after a drug dealer’s ex-wife admitted she lied.

In 2005, Lydia Harris won a court case against Death Row Records, and Marion “Suge” Knight was ordered by the court to pay her $107 million. Harris said she and her then-husband Michael “Harry-O” Harris provided Suge with $1.5 million in seed money to fund Death Row Records. The payment was supplied by Godfather Entertainment, a multimedia corporation run by Harry-O and lawyer David Kenner that was Death Row’s parent company.

Harry-O is a former drug kingpin who built an empire by selling cocaine in all over the country. Harry-O was known as the “Godfather” and was worth tens of millions.

The Blast obtained court documents that ruled that the $107 million judgment had been voided last week. The ruling was voided because Lydia Harris admitted that she lied about her own bankruptcy.

In a crazy plot twist, Lydia, who once was able to get $107 million from Suge and ruined Death Row, is now working with Knight. Lydia admitted that she filed for bankruptcy in 1998. A bankruptcy would have prevented her from suing anyone, including Death Row. Thus negating the $107 million judgment.

Suge and Lydia are now working together in an attempt to reach a private settlement regarding the $107 million. Lydia said her lawyers told her to lie about her own bankruptcy filing so they could win the massive judgment. Lydia alleges that she has not received “one dime” from the court ruling and claims that her lawyers collected all of the Death Row money.

Harry-O and Lydia never declared Death Row an asset despite owning a significant percentage of the record label since it was founded in 1991. Lydia claims that she was cheated out of a 50% stake of Death Row Records.

Suge Knight Jr. reacted on Instagram by posting: “Big Suge is owed a lot and we should start with his Freedom. #FreeSuge #killuminati.”

This could be a massive victory for Suge Knight, but it may be too little too late. Suge sold off Death Row Records in March of 2006, which including some of the greatest gangsta rap albums from rap legends such as Tupac Shakur, Dr. Dre, and Snoop Dogg.

In August, Hasbro purchased Entertainment One, which included the impressive music catalog. Hasbro didn’t buy it for 2pac’s music and the Death Row label, but because Entertainment One has child-friendly brands such as Peppa Pig and PJ Masks.

The 54-year-old Suge Knight is currently in prison serving a 28-year sentence after pleading no contest to manslaughter in connection with the death of a man during a hit-and-run incident. The former music mogul killed Terry Carter by running him over with his Ford F-150 pickup truck in January of 2015. Suge blames Dr. Dre for his current prison sentence.

The 2006 Married to the Game documentary showed how Lydia Harris “battled some of the fiercest competitors in the music business in order to dominate the market with Deathrow Records.”