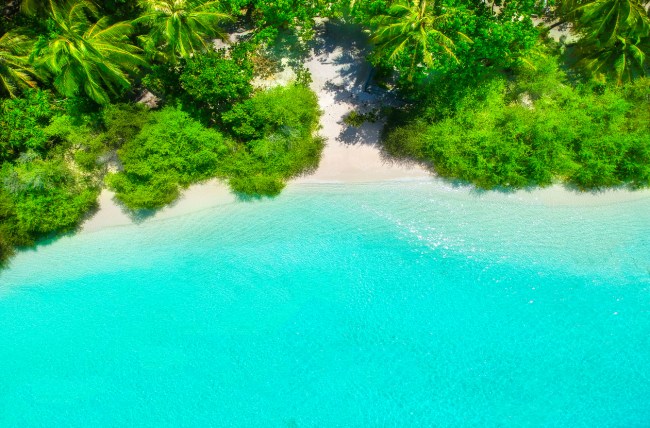 There has been a rash of American tourists deaths in the Dominican Republic over the past year, some of which seem to be under suspicious circumstances. The Dominican Republic, which relies heavily on tourism, received another damaging blow to their P.R. on Wednesday when a Delaware woman sued a Punta Cana resort after she claimed she was brutally beaten and strangled during a vacation on the Caribbean island.

Tammy Lawrence-Daley was staying at the Majestic Elegance Punta Cana resort in January of this year. The 51-year-old mother from Wilmington, Delaware was enjoying her vacation in the Dominican Republic with her husband Christopher and two friends. Tammy claims that she was attacked by a man dressed in the uniform of the resort.

A day after her vacation started, Tammy went to go for a snack at the all-inclusive resort around 10:30 PM. On her way to the lounge, she noticed the moon reflecting off the crystal blue waters and went to the beach to take some photos. However, she never made it.

“As I went through the rotunda between buildings, I noticed there wasn’t anyone in the hallway. Not majorly odd, but still eerily quiet,” Tammy wrote in a Facebook post on May 29. “I took about 10 or so steps just swinging my wristlet back and forth, not a care in the world. That’s when I heard it. Heavy footsteps… one, two, three, four, then they sped up, and then before I could react I was plowed into from behind and immediately immobilized.”

“His arms wrapped around me and he started pulling me immediately into an unlocked maintenance room,” the post describes her alleged 8-hour attack. “I was strangled multiple times to unconsciousness. My lifeless body was drug down concrete stairs to an underground waste water area.”

“I was kicked in the head, I was beaten with a club. And then strangled again for the kill; at which time he disposed of my body into an area I refer to as the hole,” Tammy said. “I was unconscious multiple times during this savage attack, so I have no idea what else was done to me during that time.”

“Somehow I survived. Again, I won’t go into all of the hell that I went through being basically ‘buried’ in that hell hole for so many hours,” Lawrence-Daley claims. Her lawyers say that after a shift change on January 30, her “near-dead body” was found.

A Delaware woman who says she was severely beaten at a resort is telling her story in public for the first time.

Tammy Lawrence-Daley says she was attacked by a stranger in January inside the resort where she was staying in the Dominican Republic. pic.twitter.com/aByQjKDuoC

The Delaware woman said she spent five days in the hospital and underwent surgery to heal her wounds that included nerve damage, a missing tooth and several gruesome bruises. Tammy said that Dominican police found evidence of blood on a mop handle and a hat in the resort’s maintenance room. Lawrence-Daley said that a rape kit was delayed by 48 hours and only administered after she showered.

Tammy’s husband went to the resort’s front desk to report her missing, but security thought she was simply drunk and walking around. After the third time to the front desk, security agreed to look for the missing tourist. Eight hours later, security found Tammy bloodied and bruised in the resort’s maintenance room. Tammy said the experience “was hell.”

Lawrence-Daley said that the Majestic Elegance resort did not offer to reimburse her for the vacation or current medical bills. Now, Tammy has sued the resort over the attack.

Lawrence-Daley’s lawyers issued a press release on Wednesday that said the lawsuit was seeking “justice” and “accountability,” as well as compensation for “permanent, life-changing injuries.”

“Mrs. Lawrence-Daley and her team want Americans to know that they are being misled to believe that the Majestic Elegance Punta Cana did their job in handling this matter and that their facilities are safe,” the press release stated.

RELATED: Denver Man Becomes The Latest American Tourist To Die In The Dominican Republic, Death Toll Rises To 14 Since April 2018

The resort claimed that Lawrence-Daley’s “formally demanded a $2.2 million compensation agreement” and only went public with her account of the story four months “after receiving no positive response” from the Majestic Elegance Punta Cana.

The resort contends that they “rigorously implemented the security protocol provided for cases when information is received of a guest in trouble.” The Majestic Elegance claims that all of her hospital expenses were paid for.

The hotel and Dominican authorities claim that there are “weak points” and “contradictions” in her story. “There is a lot of conjecture about the case, a lot of information that doesn’t match some of the statements,” said Dominican Republic national police chief spokesman Col. Frank Dur

Tammy Lawrence-Daley shared her post on Facebook (which you can see HERE) and included graphic photos of her brutal injuries from the alleged attack. The May 29th Facebook post has gone viral with over 300,000 Likes and more than 304,000 Shares.

"HE AT THAT POINT BEGAN CHOKING ME"

A Delaware woman is sharing her agonizing story of a vacation attack. Tammy Lawrence-Daley says she was brutally attacked at the Majestic Elegance, an all-inclusive resort in Punta Cana in January. https://t.co/Ib6HP0iPhC pic.twitter.com/SV2In2rRFX

You can read more news about the ongoing situation in the Dominican Republic HERE.