Delta Reportedly Offered Passengers $10,000 To Give Up Their Seats, And People Turned It Down 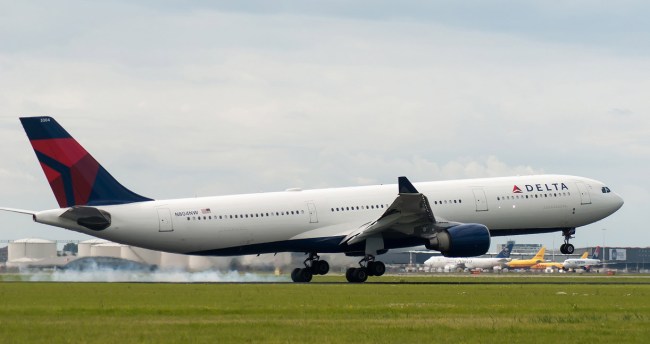 That’s the amount of money two people reported being offered by Delta Air Lines to be bumped and take a later flight.

It happened at Gerald R. Ford International Airport in Grand Rapids, Michigan when a Delta flight to Minneapolis was overbooked last week.

The airline announced prior to takeoff that it was seeking eight people willing to give up their seats on the flight and were offered $10,000 for their trouble.

One passenger, Jason Aten, a writer for Inc. magazine, even wrote about the unusually exorbitant offer.

As we sat on the plane waiting to leave the gate, the announcement overhead explained that the flight was apparently oversold and they were looking for eight volunteers. In exchange for their seats, Delta was offering $10,000 cash. “If you have Apple Pay, you’ll even have the money right now,” the flight attendant said.

On the one hand, you can certainly make the case that $10,000 is a lot of money to give people for the inconvenience of taking a later flight. I think, for the most part, that’s correct. It is a lot of money, and if the later flight still gets you wherever you were headed in a reasonable amount of time, it seems like you’d be silly not to take it.

Passengers were offer $10,000 to give up their seats by Delta and turned it down?

He didn’t take it, he said, “for reasons I’m not going to get into because my wife is still not pleased about it.”

Yes, all six of us are still on the flight I don’t want to talk about it.

Another man, Todd McCrumb, says he too was offered the $10,000. He also didn’t take the money.

It’s a true story. I was on that flight! Unfortunately, I could not take advance the offer, as I was flying with my wife who has very limited eyesight. She has to have me nearby when traveling

“I look at my wife and go, ‘Honey, we gotta do this!’” said McCrumb. “She says, ‘No!’ And then the lady says, the stewardess says, ‘This will be paid immediately via Apple Pay … or a Visa gift card.’”

He said he did see four people take the money, however.

Many people on the internet couldn’t believe Aten and McCrumb turned down the $10K.

I would have bounced and rebooked a private plane ✈️

They could have paid me to not fly to Minneapolis ever again!

Ace, plain and simple my wife would not give up her seat for 10k. Frustrated the hell out of me, but if she said no, I had to go along with it.