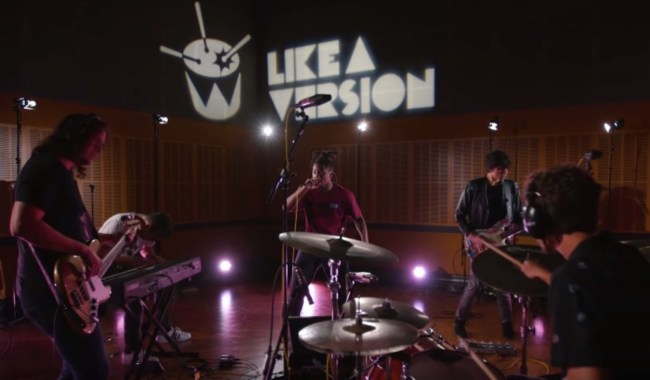 I’ll be honest and say I’m not overly familiar with rapper Denzel Curry’s body of work. I see his name on ‘Hip Hop Nation’ a few times each week when I’m listening to Sirius-XM in the car but I wouldn’t be able to give you a list of bangers he’s dropped.

With that said, he is a born and raised Florida boy like myself so I’m totally here to stan for Denzel Curry, especially after a buddy messaged me this cover of ‘Bulls On Parade’ by Rage Against The Machine this morning. I recognized his name and kind of expected that he’d try and make this song his own in some way that would be offputting but Curry fucking crushes this cover.

It’s Friday. It has been a long ass week. A lot of people might’ve drank too much and eaten a feast last night for Valentine’s Day and need a little extra pickmeup this morning. That’s why I’m sharing this ‘Bulls On Parade’ cover with you all and that’s why I want you to go forth and share this with anyone who needs a little extra caffeine today.

Want to keep the music going? Check out this Heavy Metal cover of Camila Cabello’s ‘Havana’ and/or this medley of Wu-Tang Clan songs on NPR’s ‘Tiny Desk Concert’ which celebrated their 25th anniversary.

Also, if you’ve ever got a song/music video that you think should be featured here you can hit me up on Twitter at @casspa and/or email at cass@brobible.com. I won’t promise that I’ll share it here but I’ll certainly check it out!