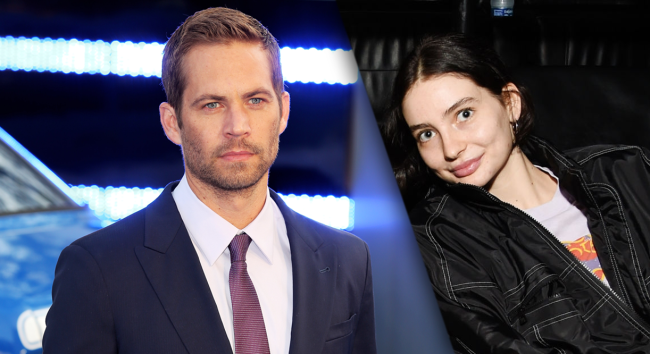 When Fast & Furious star Paul Walker tragically passed away in a car accident on November 30, 2013, his daughter Meadow Walker was just just hitting her teens.

Now, she’s 22-years-old and has embarked on a modeling career in addition to being the founder and president of the Paul Walker Foundation.

One of the questions Vin Diesel gets asked these days is whether or not Paul Walker’s daughter Meadow is going to ever appear in a Fast & Furious movie before the franchise comes to an end, which he says will happen after the 11th film.

Speaking to The Associated Press during a press junket for F9, Diesel said he is planning for the final two films to lead to the end.

“I know people are going to feel like it doesn’t have to end, but I think all good things should,” said Diesel. “There are reasons for a finale. I think this franchise has deserved it.”

Related: ‘F9’ Review: ‘Fast’ Fans To Be Thrilled With More Of The Same From 20-Year-Old Franchise

Director Justin Lin, who has been in charge of five of the franchise’s films, said, “Nine is kind of the first film of the final chapter. We’re kind of reconfiguring everything, so that the next two movies should wrap up this amazing journey for these characters.”

We have already seen how Diesel and the Fast & Furious folks were able to put Paul Walker in one of the films, Furious 7, following his death, but what about his daughter Meadow?

“When the tragedy happened back in 2013, we stopped filming Furious 7 for about five months because we were wrapping our heads around what we were going to do, while mourning,” the 53-year-old actor told E! News. “And the studio accepted a bold decision, which was to allow the character to exist in our mythology.”

Speaking of brotherhood, will Diesel’s goddaughter Meadow Walker, who has never appeared in a movie, show up in any of the final three films?

“I would not count anything out,” Diesel replied. “Let me just – without giving you all of the secrets of Fast 10. Let’s just say nothing’s ruled out.”