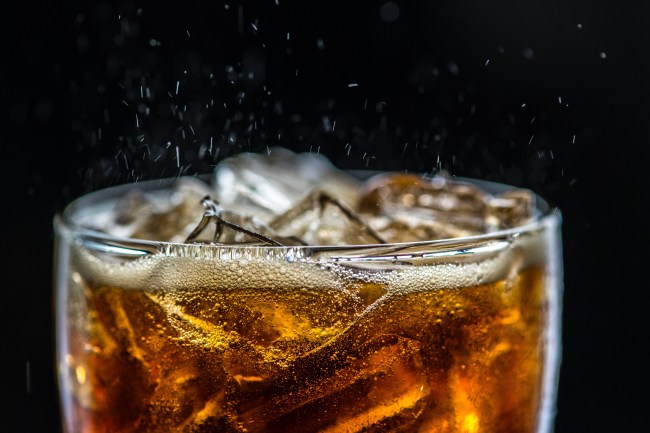 Today’s thing that you love that turns out will kill you is… *spins wheel* …diet soda! That’s right, all this time you thought you were doing the right thing by cutting out sugars and calories out of your diet, it now turns out that diet soda and artificially sweetened drinks can increase dangerous health hazards such as strokes, heart attacks, dementia, and diabetes according to a major study.

A study by the American Heart Association and American Stroke Association examined data from 81,714 women, ages 50 to 79, between 1993 and 1998. The study tracked the health and lifestyle of the participants for 12 years. The study found that women who consumed two or more artificially sweetened beverages such as diet soda each day were 31 percent more likely to have a clot-based stroke, 29 percent were more likely to have heart disease, and 16 percent were more likely to die from any cause than women who drank diet beverages such as artificially sweetened fruit juices less than once a week or not at all. The study adjusted the results for risk factors such as age, high blood pressure, and smoking.

The study found links of diet drinks with an increase in the risk of a stroke caused by a blocked artery, especially small arteries. The risks increased dramatically if the women were African-American and doubled for obese women.

“Previous studies have focused on the bigger picture of cardiovascular disease,” said Dr. Yasmin Mossavar-Rahmani, lead author of the study by the American Heart Association and American Stroke Association. “Our study focused on the most common type of stroke, ischemic stroke and its subtypes, one of which was small-vessel blockage. The other interesting thing about our study is that we looked at who is more vulnerable.”

Mossaver-Rahmani, associate professor of clinical epidemiology and population health at the Albert Einstein College of Medicine, admitted that the study was not conclusive enough to pinpoint which drinks or sweeteners were causing the health problems. “We don’t know specifically what types of artificially sweetened beverages they were consuming, so we don’t know which artificial sweeteners may be harmful and which may be harmless.”

There was another study from 2017 that came to the same results that artificially sweetened beverages could be dangerous. In that study of 2,888 adults older than 45 and 1,484 adults older than 60, researchers discovered a link between the consumption of diet drinks and increased rates of strokes and dementia. Those who drank at least one diet drink per day were nearly three times more likely to suffer a stroke or develop dementia than those who didn’t drink any at all.

A 2014 study found that people over 65 who drank diet drinks were more likely to gain weight than those who didn’t. Over the span of nine years, diet beverage drinkers saw their waists jump over three inches compared to those who didn’t indulge in artificially sweetened beverages. Other studies have linked cancer, diabetes, and weight gain in laboratory animals to sweeteners such as aspartame, saccharin, and sucralose, but the findings were not directly linked to humans.

There was no reason given as to why diet beverages were linked to these worrying health issues, but many believe that artificial sweeteners negatively affect metabolism. A study by the Medical College of Wisconsin and Marquette University last year linked artificial sweeteners to obesity and diabetes. The study said that sweeteners change how the body processes fat and uses energy.

Americans are projected to drink over 3 billion gallons of diet sodas, according to data from the Beverage Marketing Corporation. The safe bet for a no sugar, low-calorie beverage is still to drink water, seltzer water or unsweetened teas.