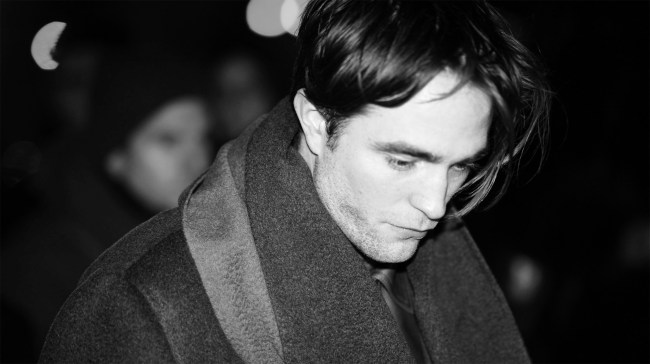 In the next year or two we will have a whole new Batman movie universe. Margot Robbie’s Birds of Prey (And the Fantabulous Emancipation of One Harley Quinn), Joaquin Phoenix’s Joker movie, and the Ben Affleck-less The Batman are all scheduled to hit theaters by the end of 2021.

A couple of weeks ago rumors swirled that Twilight star Robert Pattinson and X-Men star Nicholas Hoult were the final two actors in consideration to take on the role of Bruce Wayne, with Pattinson reportedly being the front-runner.

Reactions to the news was… mixed.

Four months ago, Jake Gyllenhaal was the betting favorite to be the next Dark Knight, while Pattison and Hoult weren’t even being considered.

Now we know that the rumors were true, and that despite George Clooney’s advice when it comes to playing the Caped Crusader, 33-year-old Pattinson will indeed be the next Batman. (Patman? Battinson?)

Monday morning, The Batman director Matt Reeves finally broke his silence with regard to Pattinson’s casting with a tweet that left fans with no doubt.

The Batman will reportedly be the first in a trilogy of Batman films Reeves will be directing for Warner Bros. (Pattinson is no stanger to trilogies.) The movies will also not be a continuation of anything Ben Affleck did as Bruce Wayne.

“Year One is one of the many comic books that I love. We are definitely not doing Year One,” Reeves said during a Television Critics Association panel last September. “It’s just exciting to be focused very specifically on a tale that is defining for him and very personal to him. Obviously, we’re not doing an origin tale or anything like that. We’re doing a story that is definitively Batman though, and trying to tell a story that’s emotional and yet is really about him being the world’s greatest detective and all the things that for me since I was a kid, made me love Batman.”

In related Batman news, DC Comics recently started posting from a long dormant Batman Twitter account. It appears as if it is, at least for now, primarily geared towards celebrating the 80th anniversary of Batman.

Did somebody light the Bat-Signal?