Ben Affleck Got Brutally Honest About Why He Gave Up Writing ‘The Batman’ Script, Being An Alcoholic 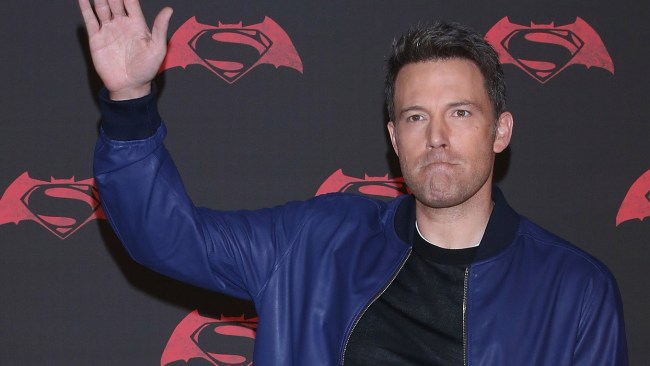 Ben Affleck gave some brutally honest answers this week regarding why he gave up on writing The Batman movie script, being an alcoholic, and other aspects of his life these days.

As pretty much everyone knows by now, Affleck is out as Bruce Wayne in the DC movie universe. Sportsbooks are already taking bets on who will replace him as Batfleck, I mean Batman.

Yet, Affleck was still going to try to write the next Batman movie, called The Batman (let’s hope that changes), but by his own admission, just couldn’t get the job done.

This week, while promoting his star-studded Netflix movie Triple Frontier, Affleck was asked what he was going to do with the script for The Batman (seriously, it really needs a better name than that).

“That was part of the problem,” Affleck respoded. “We worked on the script, and I was trying to figure out how to crack it, and I was never happy enough with it where I thought it was worth going out and making it because I just didn’t want to do a version that I wasn’t really excited by, so I still don’t know.”

Also this week, during his appearance on the Today show on Monday, Affleck was very candid when the subject of his alcohol addiction was brought up.

“It doesn’t really bother me to talk about alcoholism and being an alcoholic. It’s part of my life. It’s something that I deal with. It doesn’t have to sort of subsume my whole identity and be everything, but it is something that you know you have to work at,” said Affleck.

“I feel like I had a problem and I really want to address it, and I take some pride in that and it is, it’s about yourself, your life, your family, and you know people… we encounter these kinds of hurdles and we have to deal with them.”

Affleck also talked about what kind of dad he thinks he is, and gave out some mad props to his kids’ mom Jennifer Garner.

“I’m lucky they’ve got a great mom, and she helps out a great deal with making sure that we co-parent in as good a way as possible…dads are so important to kids and it’s our responsibility to be there for them, to be present, to be mindful, to be attentive, to be part of their lives, to be as in it as moms and that’s really the central preoccupation of my life.”

Adding, with regard to Garner, “Of course, she’s wonderful. Somebody’s the mother of your kids, they’re going to be the most important, central person in your life, and that’s good.”

Check out the full interview with Affleck (and Triple Frontier castmate Charlie Hunnam) below.