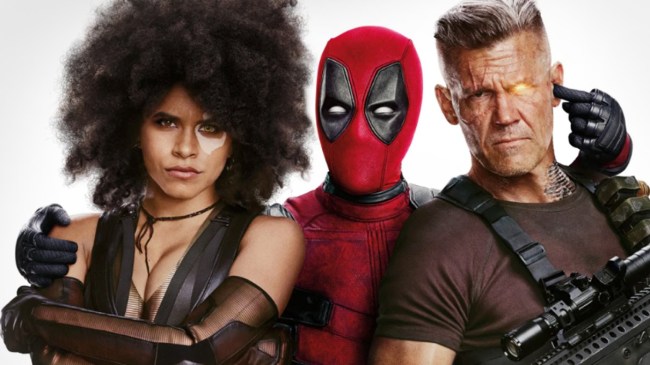 When Disney officially sealed the $71 billion deal to buy Fox’s movie studio, many people were left wondering what the acquisiton would mean for the X-Men movie franchise and more importantly, their favorite R-rated superhero Wade Wilson, aka Deadpool.

And it wasn’t just fans of the films that had questions.

James McAvoy expressed some serious doubts about how the X-Men would be able to join the Avengers’ universe, saying, “I don’t know if the X-Men could go into the Marvel universe, I’m not sure.”

Deadpool creator Rob Liefeld later revealed that Ryan Reynolds’ wish for the third Deadpool movie to be an X-Force movie was dead on arrival at Disney.

“Pour one out for ol’ X-Force. Victim of the merger. $800 million grosser easy,” Liefeld wrote in response to a tweet that the film wasn’t “officially” dead, but was on life support.

While that was certainly disappointing to hear, this latest bit of news coming from the director of Deadpool 2 David Leitch is also a bit concerning.

In a conversation with ComicBook.com at the world premiere of his latest film Fast & Furious Presents: Hobbs & Shaw, Leitch said, “In everybody’s world, everybody wants to make it. So, if I was ever approached to make Deadpool 3, my answer would be, ‘Hell yes,’ but I think there’s a lot of things going on in the shake up with Fox and Disney and where that whole Marvel world after Endgame is gonna be. When the dust settles, let’s hope that Deadpoool lives. That’s kind of ironic, right?”

Ironic, yes, and a little disappointing.

Leitch also has a few thoughts he hopes to share with Disney when it comes to integrating the X-Men, Fantastic Four and The Merc With A Mouth into the Marvel Cinematic Universe.

“I have a lot of ideas but I’m keeping them close to my vest so, if they ever come and I’m grateful enough for them to call, I can share all my crazy ideas,” said Leitch.

Let’s just hope that when Marvel Studios shows up to present at San Diego Comic Con’s Hall H this coming Saturday night all of our Deadpool worries will be put to rest.