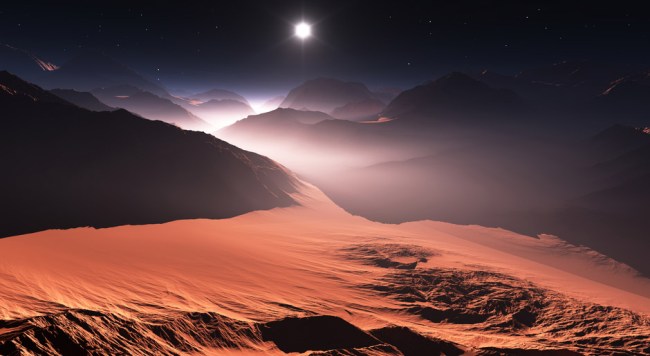 If astronauts went to Mars and wanted to get water all they would have to do is grab a shovel and start digging. That is because massive sheets of water ice are reportedly resting just beneath the surface of Mars according to a new study from satellite images. NASA’s Mars Reconnaissance Orbiter (MRO) discovered eight different locations where thick deposits of ice were found beneath Mars’ surface. On the side of rocky slopes, erosion exposed the frozen water to researchers. The massive bodies of water ice are said to be over 300-feet thick and were likely to have been deposited on the Red Planet as snow ages ago, but in terms of Mars geology they are considered “young.”

Researchers utilized the High Resolution Imaging Science Experiment (HiRISE) camera on the MRO to find the exciting discovery. All eight of the sites were in both northern and southern hemispheres of Mars, at latitudes from about 55 to 58 degrees, which is fantastic news since they aren’t located in the unwelcoming polar ice caps of Mars. The location of these sheets of ice would definitely influence the landing zone for any future Mars explorations. The cross-section of a Martian cliffs shows that a 3-to-6-foot layer of relatively pure snow that has been “transformed into massive ice sheets, now preserved beneath less than 1 to 2 meters of dry and ice-cemented dust.” 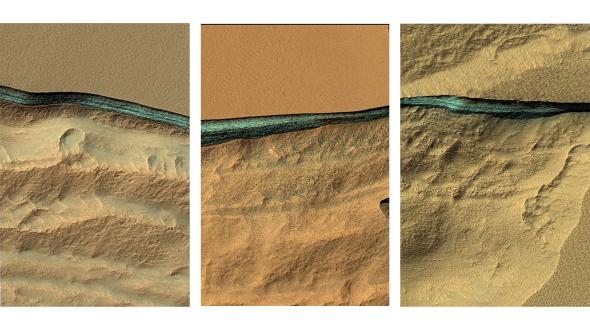 The new satellite images of the underground bands of ice revealed could provide answers to many perplexing questions. This may give scientists clues about Mars’ climate history, answer the question of whether there was life on Mars before, and provide water to a human colony on the planet. “If you had a mission at one of these sites, sampling the layers going down the scarp, you could get a detailed climate history of Mars,” suggested MRO Deputy Project Scientist Leslie Tamppari of NASA’s Jet Propulsion Laboratory, Pasadena, California. “It’s part of the whole story of what happens to water on Mars over time: Where does it go? When does ice accumulate? When does it recede?” 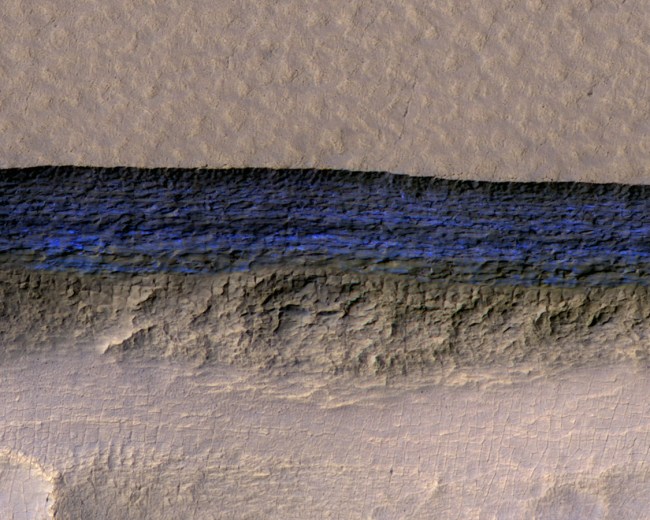 One sheet of subsurface ice is gigantic and is believed to be larger than the state of New Mexico. In some parts, the ice is buried only a few feet into the Martian surface dirt, meaning Mars explorers could have relatively easy access to water. “Astronauts could essentially just go there with a bucket and a shovel and get all the water they need,” said Shane Byrne of the University of Arizona Lunar and Planetary Laboratory, Tucson, a co-author on the report. Humans could mine the water from ice deposits for drinking purposes, but there are other extremely vital benefits of the ice water. Astronauts could break down the water into hydrogen and oxygen, which could then be used to make breathable air and even methane for rocket fuel.

The discovery of buried water ice supports the theory that Mars’s mid-latitudes periodically saw large snowfalls millions of years ago, when Mars was tilted on its axis at a steeper angle than it is today. What are you waiting for Elon Musk, start colonizing Mars now that we know it has water.

👉Future astronauts: @NASA identified eight icy places on #Mars where you can get all the water you need. BYO bucket & shovel. https://t.co/mqgmOndneu pic.twitter.com/LE272hZunG