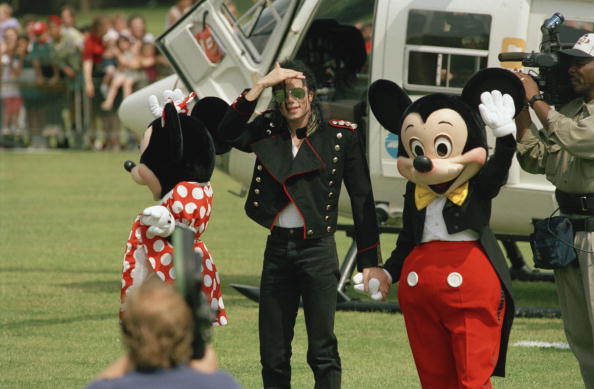 In 1996, Michael Jackson may have been the only 38-year-old in America with an obsession with Quasimodo.

Secretly recording a soundtrack as leverage to secure a role in Charlie and the Chocolate Factory is one thing, but regularly watching the 1939 adaptation of Hunchback because you connected with the wart-eyed protagonist is a whole other animal.

In celebration of the 25th birthday of Disney’s version of the The Hunchback of Notre Dame, Slash Film assembled an oral history of Disney’s “darkest animated classic.”

In it, famed composer Alan Menken—the 11-time Grammy-winning musical mind behind some of Disney’s most iconic movies—recalled meeting with Michael Jackson when Menken was looking for someone to take on “A Whole New World” for 1992’s Aladdin.

I get a call out of nowhere from Michael’s assistant, when Michael was at the Four Seasons Hotel in New York. He had to [deal with] allegations about inappropriate behavior with underage kids, and the breakup with Lisa Marie Presley. He’s looking to change the subject. And he obviously loves Disney so much. So I mentioned Hunchback. He said he’d love to come to my studio, watch the movie and talk about it. So we got in touch with Disney Animation. They said, “Meet with him! If he likes it…well, see what he says.”

Jackson, who had just dropped out of a project to compose the music for Sega Genesis’ Sonic the Hedgehog after his first sexual abuse allegation in ’93, offered to produce and record songs for Hunchback.

Menken was thrilled and soon relayed the good news to the suits at Disney.

We got in touch with Disney. It was like somebody dropped a hot poker into a fragile bowl with explosives. “Uh, we’ll get back to you about that.”

Finally, predictably, the word came back, “Disney doesn’t want to do this with Michael Jackson.” I go, “OK, could someone tell him this?” You can hear a pin drop, no response, and nobody did [tell him]. It fell to my late manager, Scott Shukat, to tell Michael or Michael’s attorney.

Menken agrees that the right decision was made but also acknowledged the undeniable synergies between Jackson and the Quasimodo character.

“Quasimodo is a character…if you look at his relationships with his family and his father, I would think there’s a lot of identification there.”

The Hunchback soundtrack peaked at No. 11 on the Billboard 200. Can’t imagine MJ would’ve settled for anything outside #1.