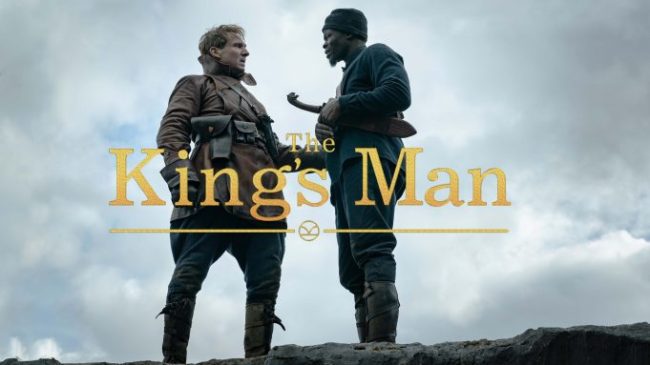 Djimon Hounsou, for the entirety of his career, has been one of those actors who immediately elevates the quality of the project he’s in. Whenever he pops up in something, you’ll likely find yourself thinking something along the lines of, “Oh, this dude is in this?! Hell yes.”

That remains the case in Hounsou’s latest film, The King’s Man, which hit theaters in the United States on December 22. Hounsou stars in the film as Shola, the trusted right-hand man of Ralph Fiennes’ Orlando Oxford, and as a result, shares a bevy of scenes — both of the dramatic and action variety — with the legendary performer. Hounsou, of course, is a wildly accomplished actor in his own right, as the 58-year-old has been nominated for two Academy Awards for Best Supporting Actor during his excellent career.

In an interview with our Post Credit Podcast, we asked Hounsou about his experience with working with Fiennes and if sharing scenes with actors of his stature helps him to raise his game. Hounsou unequivocally confirmed that yes, of course working with such talented people helps him improve his own acting game.

“Of course, It enhances everything you do, as well. You’re in a masterclass,” Hounsou told BroBible’s Post Credit Podcast. “Almost like a student watching the professor at work. It elevates the playing field, for sure.”

“And a performer, do you look forward more to the dramactic scenes versus the fight scenes?” we asked. “Or is it all one in the same for you?”

“I think it’s one in the same. The action is another set of drama,” Hounsou replied. “It’s anothe stage of drama.”

It's impossible not to get hyped and raise your game when you're sharing scenes with legends like Ralph Fiennes, according to #TheKingsMan star Djimon Hounsou.

"It enhances everything you do. You're in a masterclass. Almost like a student watching the professor at work." pic.twitter.com/AkhXeTVlsp

RELATED: ‘The King’s Man’ Star Rhys Ifans On How He Created One Of The Most Insane Villains In Recent Memory (Exclusive)