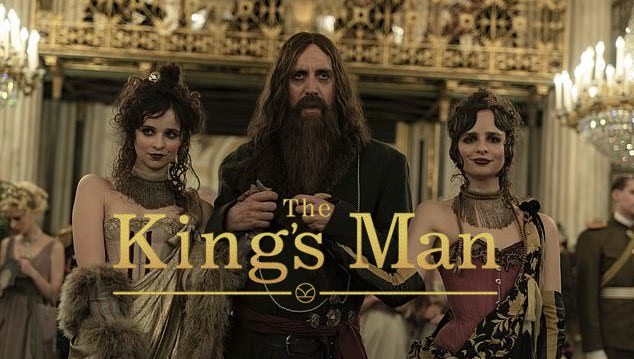 While the Kingsman franchise is known for its joyous sense of insanity, Welsh actor Rhys Ifans brings that gonzo sensibility to entirely new heights with his performance as infamous Russian mystic and self-proclaimed holy man Rasputin, who is easily the craziest character to appear in the series so far.

“A lot of [the performance] is on the page, but of course, you bring your own sense of mischief to the proceedings. Everything — all my choices — were inspired by the real man, by Rasputin himself, who was a fantastical, larger-than-life figure who loomed over the Russian psyche then and now,” Ifans told BroBible’s Post Credit Podcast.

“He looked different to everyone at that time — everyone in that period had the same haircut, seemingly except for Rasputin. Rasputin looks like this guy who runs a satanic wellness clinic. This is not a guy you want a colonic irrigation from, I’ll tell you that. He had to be mad, bad, and dangerous, which is how he was described in history. So, really, everything I bring to the screen is stuff that I read about Rasputin and it is slightly tweaked and twisted and magnified in order to suit the scene at any given time.”

There's one thing that's for absolute certain when it comes to #TheKingsMan: Rhys Ifans' Rasputin is the franchise's most gonzo villain yet and honestly one of the most insane villainous performances in recent memory.#TheKingsMan hits theaters on Dec. 22 🍿 pic.twitter.com/NRv9XpPIor

Ifans’ choices certainly paid off, as his turn as Rasputin is far and away one of the most memorable aspects of The King’s Man, which is legitimately worth seeing solely for his electric portrayal of the mythic Russian figure.