‘The King’s Man’: First Reactions To The Long-Awaited ‘Kingsman’ Prequel Are Finally Here 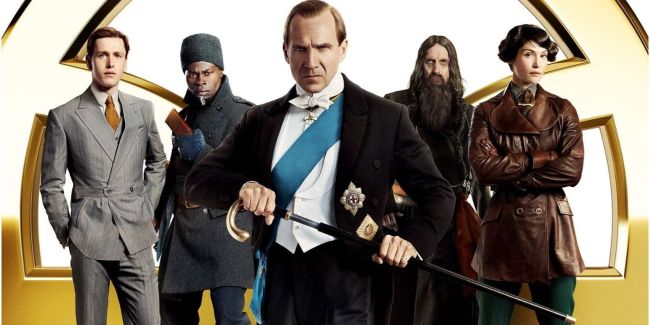 Originally scheduled to be released all the way back in November 2019, The King’s Man — the World War I prequel to Kingsman: The Secret Service and Kingsman: The Golden Circle — has faced numerous delays in the last few years.

\After being bumped from November 2019 to February 2020, The King’s Man was then delayed to September 2020, February 2021, March 2021, and August 2021, before finally landing on its current December 22, 2021 release date. And now, finally, the first reactions from movie critics and journalists alike have begun to roll out, which means we can finally say that The King’s Man is near.

Based on these first reactions, your enjoyment of The King’s Man will likely be based on how much you’ve appreciated the first two entries in the franchise, as early reviews are quite divisive.

#TheKingsMan is both what you’ve come to expect from the franchise while also being something new. Leans into being a war film more than I expected.

While it lacks the element of surprise that carried the first film, it’s still impressive in its ability to be fresh. pic.twitter.com/NPP5yIyKfg

THE KING'S MAN is … bizarre. Tonally, it's the wildest movie I've seen this year, its both self-serious and utterly, totally silly. It also has a deeply troubling plot that the more I think on it, the more I loathe. But Rasputin has superpowers I guess?

The King's Man is an unexpectedly emotional WWI story, brilliant Ralph Fiennes action movie and historical prequel all rolled into one. A fitting origin yarn to the first film. A big thumbs up from me. #TheKingsMan

The King's Man blends real-life history to the heightened Kingsman world to mostly successful results. At times, the story meanders, but there's genuine surprises, three Tom Hollander performances and Rhys Ifans being outrageous as Rasputin. What more do you want? #TheKingsMan pic.twitter.com/JafaRODzP5

THE KING'S MAN is the kind of franchise prequel typically fobbed off to the guy who did the visual effects on the last one, but Matthew Vaughn made it himself?! The search for what Vaughn's actual deal is continues, given that this one features a series pivot to Dad Movie (!?).

#TheKingsMan is excellent and loaded with fantastic action and a number of surprises. While Ralph Fiennes was great, Rhys Ifans *steals* the movie with his portrayal of Rasputin. Loved how Matthew Vaughn weaves in real history. Will def see again. Thumbs way up. pic.twitter.com/Z1erb86R5Z

#TheKingsMan is better than THE GOLDEN CIRCLE. It's clear that Matthew Vaughn wanted to make a World War I action drama and used the IP for commercial purposes. It's slight but with cool action and my 14-year-old liked it a lot.

I very much enjoyed #TheKingsMan – it’s quite different from the other two films in terms of setting & the main heroes, but what it shares w/ them is awesome, inventive action sequences & just the weirdest over-the-top villains. Rhys Ifans’ Rasputin is exceptionally entertaining pic.twitter.com/xqe1tyna0B

The King's Man is a wild ride, filled with action I loved from the first film. Pacing gets a little messy with the extensive storyline. Some over-the-top moments but still a fun watch. Ralph Fiennes, Djimon Hounsou, and Gemma Arterton make a fantastic trio. #TheKingsMan pic.twitter.com/5WkZauDwAz

Personally, I thought that The King’s Man is both what you’ve come to expect from the franchise while also being something new. Despite leaning into being a World War I film more than I expected, The King’s Man still lacks the element of surprise that carried the first film. Regardless, the 1920s-set prequel is still impressive in its ability to be fresh.

That said, its best attribute is perhaps the way in which it’s almost a throwback to action films from 10, 20 years ago. It’s thoroughly enjoyable, moves at a breakneck pace (sometimes almost *too* breakneck), boasts an excellent cast with the likes of Ralph Fiennes, Djimon Hounsou, Gemma Arterton, and Harris Dickinson, and keeps the story humming along with some shocking moments. All in all, The King’s Man is a perfectly solid action film and a worthy addition to the series.