‘Spider-Man: No Way Home’ Almost Featured A Doctor Strange Vs. Mysterio Battle: Here’s The Concept Art To Prove It 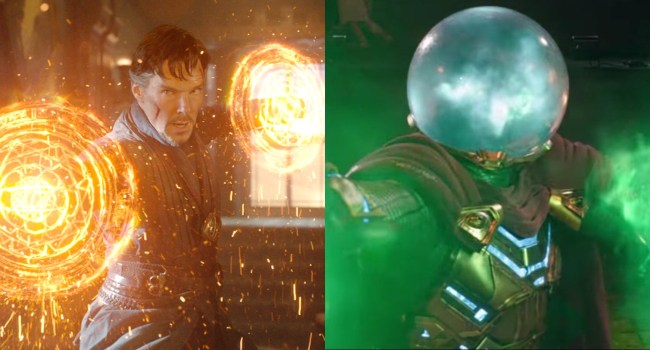 While tons of heroes and villains from the Marvel Cinematic Universe and beyond featured in Spider-Man: No Way Home, one character that didn’t make the final call sheet was Jake Gyllenhaal’s Mysterio, who was the primary antagonist opposite Tom Holland’s Peter Parker in 2019’s Spider-Man: Far From Home.

Leading into the film’s release, some fans speculated that Mysterio could return to help form the Sinister Six — which never quite came to be in No Way Home, as “only” five villains were featured –and as it turns out, Marvel Studios and Sony evidently considered the idea.

Thanks to new concept art from concept artist Andrew Reader, fans of the film can now see that not only was there a time when Mysterio’s return was being considered but that he’d face off against Doctor Strange in the big final battle at the Statue of Liberty.

While it’s a good idea on paper — I’m always a fan of seeing Doctor Strange use his powers — logic would suggest that the Sorcerer Supreme would absolutely rinse Mysterio, as he’s using *actual* magic as opposed to illusions. Then again, this is also a movie that features Strange being defeated by Spider-Man’s power of math, so who knows.

RELATED: These Are The Only Three People Andrew Garfield Told About His ‘Spider-Man: No Way Home’ Return