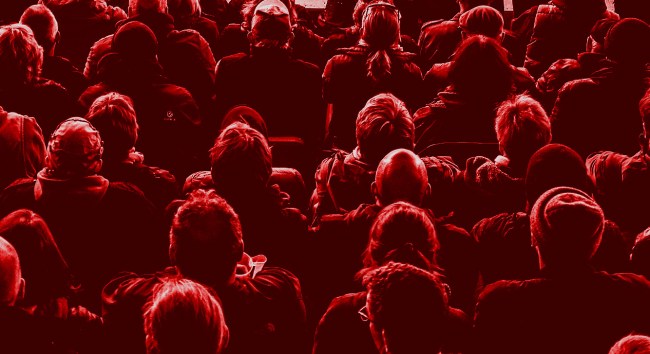 Several movie theaters, many of the brink of financial ruin thanks to the global pandemic, have announced they will be reopening soon.

Alamo Drafthouse announced it would be reopening select locations on August 26th with free showings of Bill & Ted Face the Music.

Of course, both places as well as the other movie theater franchises will be enforcing strict safety protocols when they reopen for business.

Alamo said in a statement that it will require all guests wear masks (except when eating/drinking) and those without masks will be given one. (Good luck with that.)

While AMC Theatres has stated they will also require masks (except when eating – which is basically the entire time you’re in the theater if you buy a tub of popcorn), and will be blocking out entire rows of seats and making sure that groups are separated.

They even released a video showing just how safe they claim it will be inside one of their establishments.

Here's a closer look at what to expect during your next visit to #AMCTheatres! The full AMC Safe & Clean plan: https://t.co/ajYqNYREu6 pic.twitter.com/cS3GBnloAx

Great, right? Not so fast.

Dr. Anne W. Rimoin, professor of epidemiology and director of the Center For Global And Immigrant Health at UCLA, recently spoke to The AV Club about movie theaters re-opening and she thinks it’s a really, really, really bad idea.

“Short of renting out an entire theater, which is obviously not an option for most of us, there is no scenario in which going to a movie theater is a good idea,” said Dr. Rimoin.

Epidemiologist Dr. Abdul El-Sayed shared her concern, telling The AV Club, “going to see a movie in an indoor movie theater, it’s just about the last thing I would do right now.”

He added, “From what we understand, the virus is transmitted through through aerosolized droplets that come out of our mouths, oftentimes when we talk or when we laugh or when we sing. And so, being in a room for two hours with a bunch of folks who are laughing at a movie, and where air is not being circulated in an efficient way, and where you don’t know who has been in there before you, that’s really hazardous exposure. I just don’t think it’s worth it.”

Will you be returning to the theater this month?

Dr. Rimoin elabroated further, saying, “And if they’re selling concessions, people are gonna be taking off their masks and eating, and that’s tantamount to eating in a restaurant in a closed space — even worse, because you’re basically in a closed box. There aren’t even windows, there’s no ventilation.”

She also pointed out other reasons why visiting a movie theater isn’t a good idea, “You can’t control what everybody else is doing around you. So if you’re in room with however many people for a few hours, and you don’t know their risk statuses, you’re totally subject to the risk of everybody else around you.”

If you absolutely must go see a movie, try to find a drive-in theater or an outdoor screening of a film in your neck of the woods. However, even with those options the doctors still say the safest way right now to watch a movie is to do just it at home.