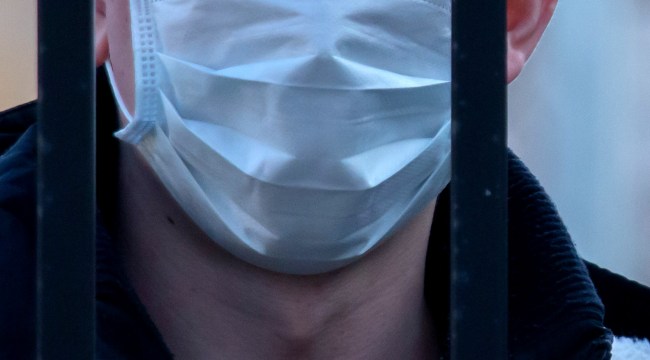 We have seen some pretty radical (i.e. completely crazy) reactions by numerous people when they have been told they have to wear a mask over their nose and mouth to help prevent the spread of the coronavirus.

We have even seen people pull out a gun when faced with the dreaded reality of having to wear a mask in order to shop at Walmart.

However, we may have reached peak insanity when it comes to wearing a mask with this latest report about a dispute that occurred at a Cigars International store in Pennsylvania.

Check this out, via WSB-TV…

Adam Michael Zaborowski, 35, of Slatington, is also charged in Lehigh County with seven counts of attempted homicide, seven counts of aggravated assault and possession of a firearm while prohibited, according to court records. He was arrested Saturday, the day after the incident at the cigar store, by Slatington police officers and Pennsylvania state troopers.

Zaborowski was shot by police after he opened fire on six state troopers and a Slatington police officer during a shootout near his home Saturday, according to the Express-Times in Easton. He was flown by helicopter to St. Luke’s University Hospital in Fountain Hill for treatment of wounds to his leg and buttocks.

Bro pulled out an AK-47 and ended up getting shot in the ass by police because he refused to wear a mask. He ended up having to be arraigned from a hospital bed!

This is the scene in Slatington where the man charged with attempted homicide in a mask dispute at Cigars International on Friday was involved in a police standoff Saturday morning, per Bethlehem Township police. https://t.co/sQgP6JPpFP pic.twitter.com/F9NF8bQhB8

The clerk offered to deliver cigars to Zaborowski outside the store, but the man took two cigars and left without paying, [township police Chief Dan] Pancoast said. The clerk followed him to the parking lot to ask him to return to cigars, but Zaborowski pulled out a semiautomatic handgun and fired one shot in the air then two shots at the clerk, Pancoast said. Several store patrons were sitting outside smoking cigars as the shots were fired, but none was hit, Pancoast said.

Zaborowski’s attorney John Waldron told LehighValleyLive.com, “He just wasn’t dealing well with the loss of his job [due to the pandemic], the loss of [custody of] his child, just not handling the pandemic well. I think he was getting stretched too tight.”

Police said the suspect told a child sitting at a table in the restaurant to take off his mask. He also asked him to shake his hand and when the boy refused, he grabbed the boy’s arm and spit in the boy’s face while saying “you now have coronavirus.” https://t.co/CeNK9mqCgu