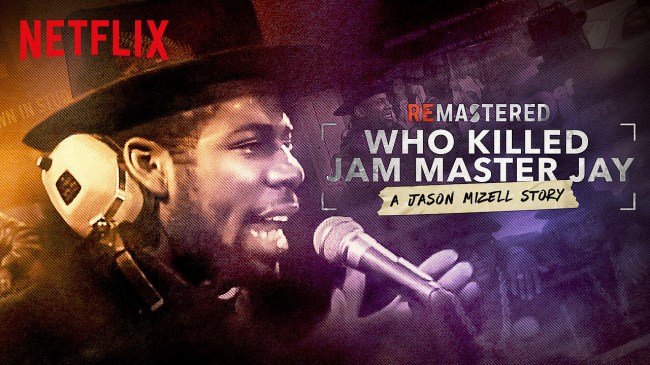 Welcome to our weekly feature where we share some of the best documentaries you should watch right now on streaming services like Netflix, Amazon Prime Video, and more.

Having viewed almost 100 documentaries over the past 12 months I feel I am pretty well qualified to make some recommendations. And even if you don’t like the doc I am reviewing this week, I always include a few more at the bottom. Out of all of those I promise there will be at least one that you will love.

Previous recommendations include a shocking tale of weed, murder, disappearances, and outlaws, the story of the craziest, and deadliest auto race in the world, and a true crime documentary adapted from best-selling author John Grisham’s only nonfiction book.

This week we’re going to take a look at another A+ documentary called ReMastered: Who Killed Jam Master Jay?, available on Netflix.

While the unsolved murders of Tupac and The Notorious B.I.G. continue to be in the news over two decades later, another rap legend, Jam Master Jay of RUN-DMC, has been gone for over 16 years and just like the other two, no one knows who did it.

On October 30, 2002, Jason Mizel, better known as Jam Master Jay, was shot and killed at the age of 37 in his recording studio in Jamaica, Queens.

Who Killed Jam Master Jay? goes back in time showing Mizell, Darryl McDaniels and Joseph Simmons’ rise fame to Jay starting his own record label and discovering rappers like Onyx and 50 Cent to all the way through to the days after Jay was killed.

Interviews with Mizell’s friends, including McDaniels and Simmons, along with members of his family, who all harbor a strong desire to find some justice for the legendary hype man.

The film also explores RUN-DMC’s indisputable influence on the hip-hop culture, becoming the first rap group to earn a gold album and receive a Grammy nomination.

As for the actual murder of Mizell, that gets the most attention in the documentary.

Inexplicably, Jay was murdered in his own recording studio that was fitted with security cameras (that were tampered with), by one of two people who were familiar enough to be buzzed into studio. And despite six witnesses present in the studio at the time of the murder, and several legitimate suspects, no one has ever been convicted.

At the time of his death, Mizell owed the IRS substantial back taxes and struggling financially, in large part due to the fact Jay had a very hard time saying to his friends and family when it came to money.

“Was the killing part of 50 Cent’s feud with notorious local drug lords?” Netflix wrote in a statement about the documentary. “Was it a grudge against a member of security? Did it involve unpaid debts, or was it an inside job? Rumors flew, but none fit the hard-working DJ everyone knew as a peacekeeper. Though suspects were zeroed in on, Mizell’s friends and family have endured 16 years with no justice and no conviction, only unanswered questions.”