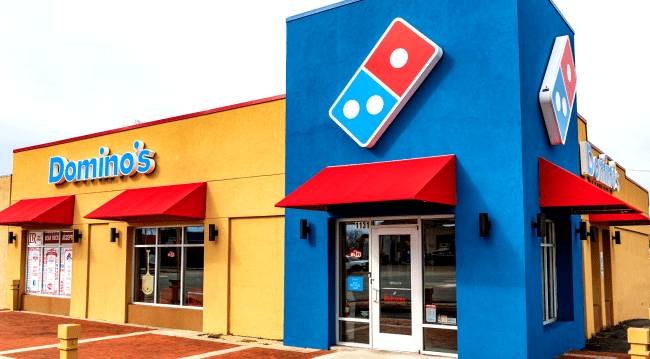 We have seen what appear to be some disturbing things when it comes to the creative cooking of pizza over the years. For example, cicadas on pizza, Froot Loops on a pizza, and grapes on a pizza. All terrible ideas.

This week we can add one more to the list thanks to Domino’s Australia: watermelon crust pizza.

Suddenly putting pineapple on pizza isn’t such a crime against humanity.

“Y’all keep asking us for a low carb option 😏🍕 Nah fr when we saw @elburritomonster make a watermelon pizza, we HAD to give it a go,” Domino’s captioned their now viral TikTok video.

Here’s how it works: cut a slice of watermelon for the crust, add the marinara sauce, cheese and toppings (they used pepperoni), cook.

After it’s cooked, Domino’s pulls it out and says, “This is equally confronting to us, but it does look pretty good out the oven. We think it might be an acquired taste.”

Y’all keep asking us for a low carb option 😏🍕Nah fr when we saw @elburritomonster make a watermelon pizza, we HAD to give it a go.

“That’s a war crime,” someone else commented.

“I’m not buying anything from you guys again,” stated another viewer.

“This looks incredibly vile,” another commenter, who said she is Italian, wrote in response to the video, calling it an “insult.”

Thankfully, it doesn’t appear that this watermelon crust pizza concept will be making its way on to any of Domino’s menus anytime soon.

Below is the original TikTok video of @elburritomonster making the watermelon pizza that Domino’s referenced.

Made watermelon pizza in support of our boys in white tonight, bring it home lads!!!