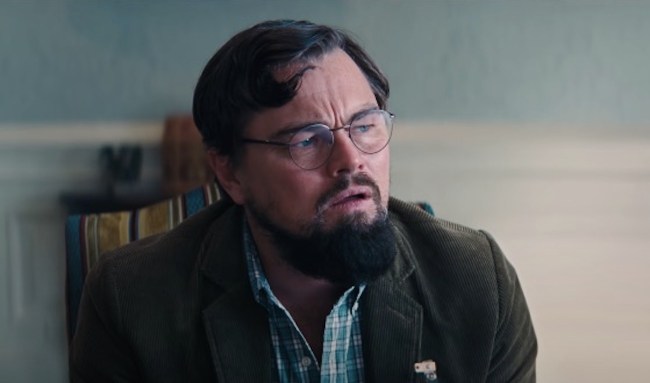 On Saturday, Netflix held their first-ever TUDUM event (that’s supposed to be the onomatopoeia of the noise the app makes when you fire it up — probably should’ve workshopped that one a bit more), which was essentially their own in-house version of Comic-Con.

During the presentation, the streaming giant unveiled all sorts of juicy goodies, such as new looks at Stranger Things 4 (FINALLY!), The Witcher season two, the fourth and final season of Ozark, Army of Thieves, Red Notice, and of course, the studio’s awards-season-hopeful, the star-studded Don’t Look Up.

Starring Leonardo DiCaprio in his first role since his Oscar-nominated turn in Once Upon A Time In Hollywood, Don’t Look Up tells the story of two low-level scientists, played by DiCaprio and Lawrence, tasked with going on a media tour to warn humanity about an incoming asteroid that will destroy the planet.

In an exclusive clip released during TUDUM (again, just can’t believe that’s the name they landed on, but whatever), both DiCaprio and Jennifer Lawrence’s characters are in the Oval Office trying to do exactly that: warn humanity about an oncoming asteroid. The humanity they’re trying to warn, though, appears to be a willfully ignorant President (played by Meryl Streep) and her idiot son (played by Jonah Hill), who unsurprisingly aren’t able to — or simply choose not to — wrap their heads around the gravity of the situation.