I Tried The New Doritos 3D And, Yes, They’re Just As Delicious As I Remember Them 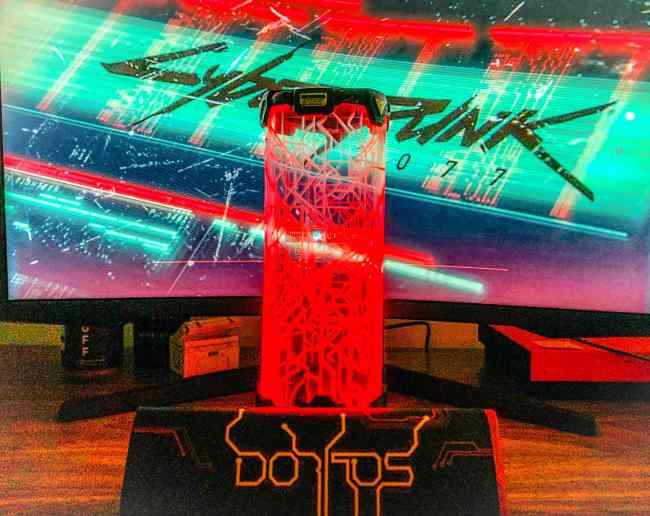 Ready for some good news? Doritos 3D are finally back! After being shelved from the snack food aisle for nearly two decades, Frito-Lay is finally throwing a bone to aging millennials like myself.

It’s a big comeback for those of us who fondly remember snacking in simpler times – the perfect chance for a new generation to discover the air puff radicalness of Doritos 3D and cash in on the nostalgia wave.

I remember munching on Doritos 3D in my friends’ basements on Friday night, playing video games, just around the time of the Y2K scare. Literally couldn’t have a better night as a teenager: Dortios 3D, a couple 2 liters of MTN DEW, a trip to Blockbuster, and Halo until the wee hours of the morning. Maybe throw in a little AOL Instant messenger and a sporadic ping pong game.

A package I wasn’t expecting showed up on my doorstep last week. It contained a limited edition Cyberpunk 2077 Doritos Fuel Cell – A psychedelic tube with red and blue lighting, triggered by a motion sensor. Looks like the EDM version of those pneumatic tubes that bank tellers used to use back in the day. Only 77 Doritos Fuel Cells were made, making it a pretty cool Night City souvenir commemorate the launch of the game, despite its glitchy roll-out.

The package also contained a note, asking if I’ve ever wondered what Doritos would look like in the year 2077.

I haven’t, but the nature of the question makes me hopeful we won’t snacking on nutrient-rich vegetable sludge via Skynet’s intravenous feeding tubes come 2077.

The Cyberpunk 2077 Doritos Fuel Cell contained a sleeve of Doritos 3D, which means an exclusive group of video game nerds like myself get to be THE VERY FIRST PEOPLE to try the next-gen Doritos 3D.

Very apropos, considering how many frantic nights I’ve spent with a bag of Doritos on my desk playing video games.

Still… The very first! I feel so honored.

I remember why these things were all the rage back in 8th grade: They’re a triangular chip that’s a modern marvel of food science: A puffed tortilla corn chip, hollowed on the inside and yet a little bit more crispy than your traditional Doritos chip. The crunch is more like a Bugle than the crunch of a Doritos chip – It’s almost melts on the roof and tongue of your mouth like Rice Krispies do.

Doritos 3D are rumored for a roll out in mid-January. Imagine they’ll take the nation by storm come the Super Bowl, when some sort of whacky Doritos 3D dance craze will dominate TikTok.

Maybe, in a light bulb flash of corporate synergy, Doritos will enlist Future for a Super Bowl commercial?

Called it here if it happens.

In the meantime, I made a video of my Doritos 3D review and unboxing.

Enjoy the tastes of… the future!