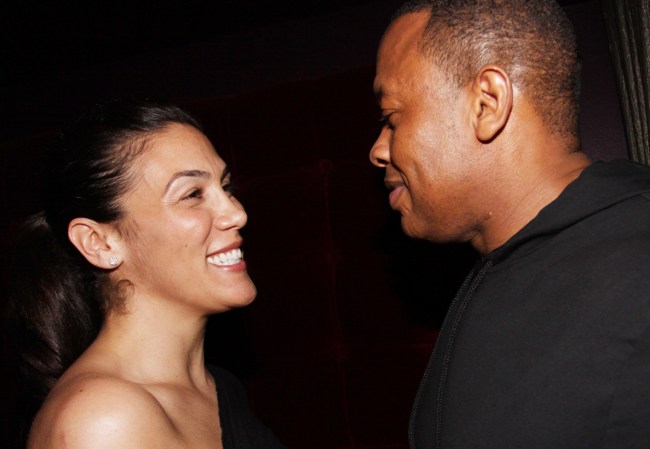 Concepts like ‘love’ and ‘history’ have no utility when one billion dollars is on the line. This is why almost every divorce between celebrities is about as smooth as Ray Charles’ favorite book.

The divorce proceedings for Dr. Dre and Nicole Young are becoming equally as contentious, 24 years of marriage be damned.

It was previously reported that Young wants $1,936,399 monthly in temporary spousal support, itemizing $10,000 a month for laundry and $900,000 per month in “Entertainment.” Young also reportedly demanded an additional $5 million in lawyer fees, despite the legal proceedings barely getting underway.

It has since been reported that the company Dr. Dre and Nicole Young founded together, Record One recording studio, is accusing her of draining the primary business account dry and even criminal embezzlement.

According to TMZ, Young “decimated” the company’s bank account last month, writing a check to herself for $363,571.85.

Attorneys for Record One sent Young a letter accusing her of “blatant and unjustifiable criminal embezzlement of corporate funds,” as well as a breach of her fiduciary duties.

They are giving Nicole, who recently accused Dre of domestic violence and hiding assets, until a week from Tuesday to deliver the funds or they will file a criminal suit against her.

Something tells me this is just the garnish on a family-sized shit sandwich. Stay tuned.