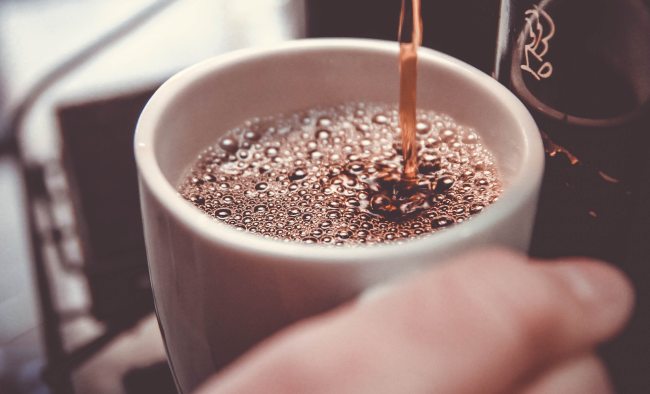 If we’re going by the textbook definition of the word “drug,” there’s no vice in the world that’s more popular than caffeine, which is one of the only psychoactive substances you can get away with regularly consuming over the course of the workday without eventually finding yourself at the center of an intervention.

Of course, I’m not trying to equate caffeine with the other mind-altering stuff out there that can absolutely destroy your life but I’ve always found it kind of funny that society has basically decided there’s nothing wrong with becoming almost hopelessly dependent on it. The internet is filled with mugs, signs, and other kitschy products that allow people to advertise how miserable they are without coffee that no one would blink an eye at but you’ll have a much harder time tracking down a mirror etched with the phrase “Don’t Talk To Me Until I’ve Done My First Line Of Cocaine” (and an equally difficult time avoiding judgment if you proudly displayed it in your kitchen).

Around two-thirds of Americans kick their morning off with a cup of joe and it’s safe to assume the very first thing a sizeable chunk of those people do after getting out of bed in the morning is take a trip to the kitchen to brew up a mug—and if you’re one of them, you may want to rethink that approach based on a study that was recently published in the British Journal of Nutrition.

According to New Atlas, researchers at the University of Bath conducted an experiment with the help of 29 test subjects over the course of three nights. After allowing them to get a full night’s rest, they had them consume a sugar-filled drink containing the caloric equivalent of a typical breakfast to measure their baseline glucose and insulin levels before waking them at hourly intervals over the course of the next two evenings.

While the disruptions to their sleep cycles didn’t have an impact on the body’s ability to process calories when they eventually arose, the same can’t be said for coffee. On the one morning where subjects consumed a cup before drinking their “breakfast,” researchers discovered their glucose metabolism (essentially the body’s way of converting sugar into energy) operated half as efficiently on average, suggesting any short-term boost may be ultimately canceled out by the long-term impact of the comparatively low blood sugar levels that resulted.

Co-author James Betts estimates about around 50% of people consume coffee before anything else on a typical day (and other studies have shown that only around one-third of Americans eat breakfast on a regular basis) and implied it might be a good idea to reassess that approach, saying:

“Put simply, our blood sugar control is impaired when the first thing our bodies come into contact with is coffee especially after a night of disrupted sleep. We might improve this by eating first and then drinking coffee later if we feel we still feel need it. Knowing this can have important health benefits for us all…

individuals should try to balance the potential stimulating benefits of caffeinated coffee in the morning with the potential for higher blood glucose levels and it may be better to consume coffee following breakfast rather than before.”

Thankfully, there’s a very simple solution to this: putting a George Foreman Grill next to your bed so you can be greeted by freshly-cooked bacon every morning, as there is nothing that could possibly go wrong with that approach.