Having A Drink With The Man Who Killed Osama Bin Laden 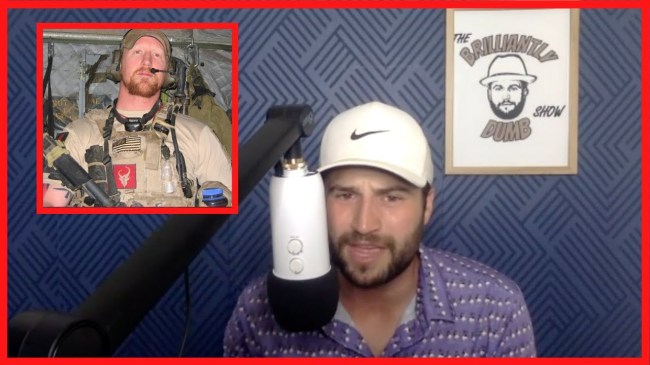 Episode No. 100 of The Brilliantly Dumb Show has arrived and on this week’s episode, I got asked the question of what my most memorable moment has been thus far on the show. We are 100 episodes in and have been fortunate enough to have some great guests from Michael B. Jordan, Steve-O, Jordan Belfort, Rob Riggle, and more. But no moment and no stage was bigger and greater than my interview with Navy Seal Robert O’Neill and his father Tom.

I look back on this interview and can’t help but laugh at the fact that I could barely speak when interviewing O’Neill. What exactly do you ask the man who assassinated the most wanted man in American history? The story we all know is fascinating about Seal Team 6’s raid in Pakistan when Bin Laden was killed, but it was our post-interview drink that really blew my mind.

After our interview, I remember having so much fun with O’Neill and his father that I offered them to come have a drink back at my apartment, which was a couple of blocks away. Within minutes we were having a quick glass of rum and shooting the shit before we went on to our next destination. It was hard for me to fathom the fact that an American hero was sitting in my living room with his dad just pounding a glass of rum with me.

My neighbor texted me to quiet down and I could not have cared less, I remember thinking to myself ‘there’s no way I am going to tell the man who killed Bin Laden to quiet down.’ It has been a hell of a ride through our first 100 episodes and while the good times and memories will keep rolling, how can anything ever compare to this?