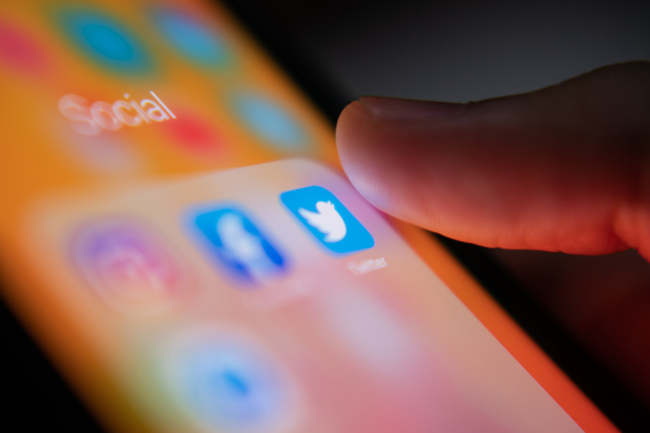 If you’ve ever decided to browse your social media platform(s) of choice after a night that primarily revolved around the consumption of adult beverages, there’s a pretty good chance you’ve subsequently had to deal with what I describe as the “Scroll of Shame.”

That scroll is the digital equivalent of a post-one-night stand stroll and is usually sparked by the notifications you wake up to the following morning concerning activity from the previous evening that lead to a flurry of deletions and a subsequent tour of your various profiles to see what other stupid decisions you may have made.

If you’re lucky, the only major repercussion you’ll have to deal with is the embarrassment that comes with knowing you willingly informed the world you’re crying along to a Phoebe Bridgers song at 2 A.M—and if you’re unlucky, you can always just send the ex you hit up for the first time in three years a quick “Sorry, ignore that” in the DMs you slid into the previous night before cringing into the smallest ball possible.

However, there are certain situations where simply erasing a post or issuing a mea culpa won’t get you out of trouble—including a drunk tweet that led to one man in the United Kingdom getting slapped with a hefty punishment.

According to Gizmodo, a 36-year-old Glasgow resident landed in hot water last February following the death of Sir Tom Moore, a British army veteran who’d previously helped raise over $30 million for healthcare workers by doing 100 laps around his garden on his 100th birthday.

After hearing about his passing, the man decided to tweet “the only good Brit soldier is a deed one, burn auld fella buuuuurn.” It appears it didn’t take long for him to realize that was the textbook definition of a “bad look,” as it was deleted around 20 minutes after it was first sent out.

However, it still managed to come to the attention of authorities who decided to charge him with violating Section 127 of the UK’s Communications Act, which criminalized posts deemed “grossly offensive or of an indecent, obscene or menacing character.” The man’s lawyer argued he’d been drinking and under stress when he sent the tweet, but that didn’t stop the court from sentencing him to 150 hours of community service as a result.