This Girl’s Drunken Subway Sandwich Order Was So Repulsive, The Subway Employee Took A Picture Of It 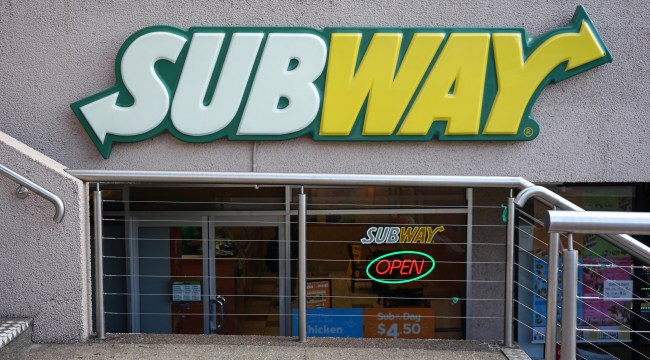 My dad once told me that in the 80s, he found a cigarette butt in his Subway sub. When he brought it to the attention of the employees, they offered him another sub, a bonkers peace offering.

There’s never a time I don’t think of that story when I pass a Subway sandwich shop, but that sandwich looks like filet mignon in comparison to what this drunken London girl ordered after a night out of boozin’.

Anna, 20, stopped into a Subway with her friend at 8:30 pm after bar hopping for over five hours. Keep in mind, Anna, who is a vegetarian, had never been in a subway before.

“We were both pretty tipsy and I asked the workers how it worked,” Anna told LADbible. I told them I’d never had a sub before and they were really nice. We were just joking for a while before we ordered.”

Anna, who to my knowledge not yet admitted to a psyche ward for evaluation, continued:

“I only wanted a cheese and cucumber sandwich which made them laugh and they kept offering me more fillings or sauces. Then I saw the olives so was like, ‘Those too, please.'”

“The olives were just a very drunk rogue choice but it kinda worked,” Anna admits.

The Subway employee hadn’t seen something this repulsive since he scrolled through Jared Fogle’s internet search history, so he did what any person would do: asked to take a picture of it to warn future generations.

Look at this monstrosity.

Oh no. The official Subway account has come to ruin all the fun.

Stop it Subway. You lost your privilege to become a voice in the culture when you hired that gummy weirdo to be your spokesman. Go home.