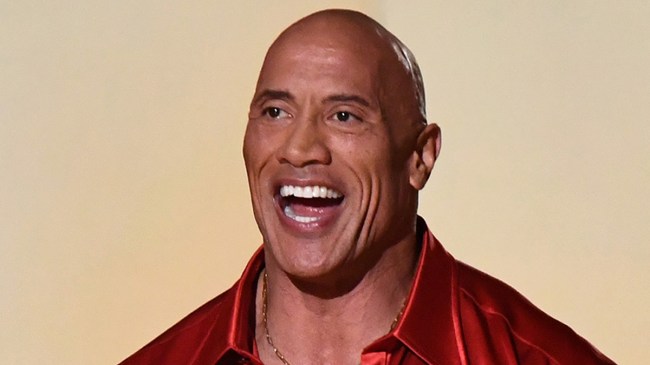 In the 1980s, Robin Leach rose to fame as the host of Lifestyles of the Rich and Famous, a television program that was essentially devoted to making viewers realize just how little they have in common with celebrities whose existence is largely defined by the finer things in life.

It’s pretty hard for the Average Joe to relate to anyone in that particular position, but it’s hard to think of many famous people who are more decidedly unrelatable than Dwayne “The Rock” Johnson, a man with a lifestyle that’s best described as “patently insane.”

There’s no doubt the wrestler-turn-actor possesses an absurd amount of charisma that played an instrumental role in the wild journey he took en route to becoming one of the most bankable names Hollywood has to offer. However, he’s also long-relied on the massive physique that requires him to commit to a wild exercise regimen that’s fueled by his famously demanding diet (and his equally over-the-top cheat days).

Johnson routinely consumes between 6,000 and 8,000 calories per day to pack on an amount of muscle that prevents him from hopping behind the wheel of certain vehicles, and it’s safe to say he takes his intake very seriously based on what British comedian Stephen Merchant had to say during a recent interview on Sirius XM.

Merchant first linked up with Johnson when he was tapped to write and direct the 2019 movie Fighting With My Family, and during the conversation, he shared some of the most surprising takeaways from the experience.

According to Wrestling Inc., the longtime comedic partner of Ricky Gervais said he got a glimpse into just how seriously Johnson takes his diet during a sitdown that was briefly interrupted by an alarm that reminded the actor he had to tend to certain needs, saying:

“I do remember having a meeting with him in Texas—just before WrestleMania—and we were in his hotel room having this meeting about the movie.

His alarm would go off on his phone at 3:17 and he’d go to the fridge and there’d be like turkey and rice with like “3:17″ written on it, and he’d have to microwave it. It was so regimented; it was extraordinary.”

However, that’s arguably normal compared to what Johnson is routinely forced to do when he’s eating at a restaurant where you traditionally order food that’s cooked by another person:

“Someone told me—maybe he told me—that when he goes for dinner with friends, he’ll have to take his food to the restaurant and have them heat it up because it’s such a structured diet.”