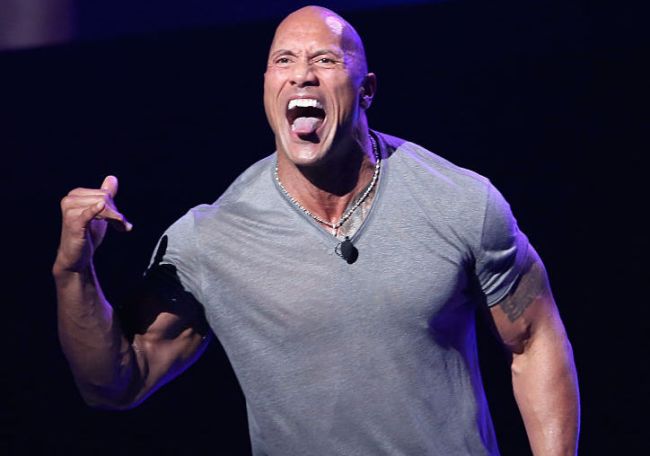 As a 6’10” person commonly referred to as “freakishly tall,” I’ve encountered a number of issues courtesy of my abnormal height over the course of my life, whether it was being over the height limit that prevented me from riding a rollercoaster at Six Flags during a middle school band trip or being unable to buy shoes that fit in a store starting around the same time.

Shopping for a car has also always been an adventure, and there have been multiple occasions where pushy salesman have tried to lure me into taking a sportscar for a test drive only to have their dreams of a sizeable commission dashed when they discovered I was physically unable to fit inside the driver’s seat.

Dwayne Johnson is also an Extremely Large Human Being thanks to a combination of his 6’5″ frame and the insane amount of work he’s put in at the gym, which allowed him to have one of the most storied careers in the history of professional wrestling before leveraging his natural charm and skills on the mic to become one of the most bankable stars in Hollywood.

The Actor Formerly Known As The Rock has helmed a number of successful franchises over the years, almost all of which fall into a subgenre best defined as “Dwayne Johnson Saving The Day In Various Ways With The Help Of His Trusty Co-Star Giant Muscles,” which basically describes every Fast & Furious film he’s appeared in.

Last year, we learned he’d joined Ryan Reynolds and Gal Gadot in the cast of Netflix’s Red Notice, where he’ll play an INTERPOL agent trying to track down the world’s most formidable art thieves in a project that’s estimated to be one of the most expensive endeavors the streaming service has ever undertaken.

Earlier this year, production on Red Notice hit a bit of a hitch due to the pandemic but managed to push through and officially wrapped up filming earlier this month. However, as Johnson recently revealed on Instagram, he was also responsible for a slight delay ahead of a chase scene that was supposed to revolve around the actor doing his thing behind the wheel of a Porsche only to discover it was, as he described, “like a big ass brown marshmallow getting shoved into a coin slot.”

As Yahoo notes, this isn’t the first time he’s run into a similar situation, as he had to be digitally inserted into a scene in Hobbs & Shaw where he’s seen behind the wheel of a McLaren he was also too jacked to squeeze into.

Luckily for him, these issues haven’t prevented him from making hundreds of millions of dollars so I think it’s safe to say it’s all worked out pretty well for him despite these minor setbacks.