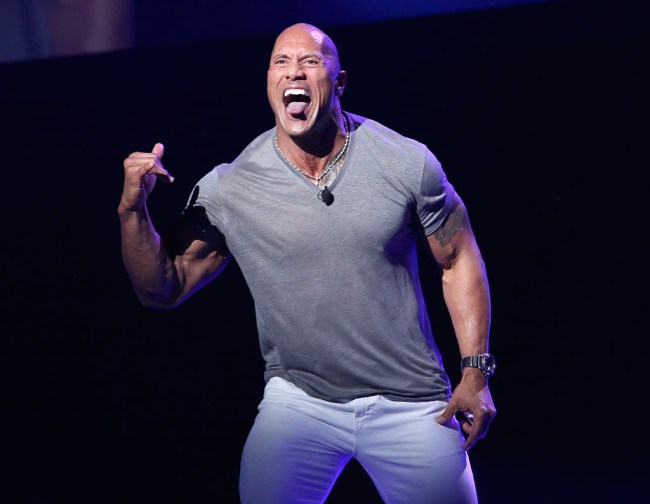 We are nearly two years away from Black Adam smashing into theaters, but The Rock wants to be in perfect superhero shape for his upcoming comic book role. Dwayne Johnson announced on Instagram that he has begun training to become the D.C. Comics’ antihero.

Black Adam is said to begin filming this summer according to The Rock, and Johnson is giving his body plenty of time to develop superhero strength, not that he wasn’t already.

Dwayne “The Rock” Johnson first posted an animation of Black Adam on his Instagram on Friday that said: “So it begins. Kickin’ off 2020 training extremely hard for my upcoming role as BLACK ADAM. This one’s in my blood. Thanks to my guys @bosslogic @veliokulan for this bad ass animation. The hierarchy of power in the #DCUniverse is about to change. #NewEra #BlackAdam Shooting begins this summer.”

The 47-year-old Johnson followed that post with several photos of him working out. One pic shows a veiny-armed Johnson lifting with Arnold Schwarzenegger in the background.

Black Adam’s appearance on the big screen has been in the works since the early 2000s and was supposed to be in the Shazam! movie starring Zachary Levi that was released in April of 2019, but Black Adam was cut from the film.

New Line finally announced that Black Adam was getting his own movie in 2014 and that The Rock would play the supervillain that originally debuted appeared in the first issue of Fawcett Comics’ The Marvel Family comic book in December of 1945. Black Adam reemerged in the late 1990s comic book series The Power of Shazam!, and developed into an antihero in early 2000s in Geoff Johns’ The Justice Society of America (JSA) comic book.

In a Facebook post in November fo 2019, Johnson expressed his excitement to play the DC Comics character.

Like most kids growing up, I dreamed about being a superhero. Having cool superpowers, fighting for what’s right and always protecting the people. It all changed for me, when I was 10yrs old and was first introduced to the greatest superhero of all time – SUPERMAN. As a kid, Superman was the hero I always wanted to be. But, a few years into my fantasy, I realized that Superman was the hero, I could never be. I was too rebellious. Too rambunctious. Too resistant to convention and authority. Despite my troubles, I was still a good kid with a good heart – I just liked to do things my way. Now, years later as a man, with the same DNA I had as a kid – my superhero dreams have come true. I’m honored to join the iconic #DCUniverse and it’s a true pleasure to become, BLACK ADAM. BLACK ADAM is blessed by magic with the powers equal to SUPERMAN, but the difference is he doesn’t toe the mark or walk the line. He’s a rebellious, one of a kind superhero, who’ll always do what’s right for the people – but he does it his way. Truth and justice – the BLACK ADAM way. This role is unlike any other I’ve ever played in my career and I’m grateful to the bone we’ll all go on this journey together.

Black Adam will reunite The Rock with Jungle Cruise director Jaume Collet-Serra. Black Adam is scheduled to rampage into theaters on December 22, 2021.