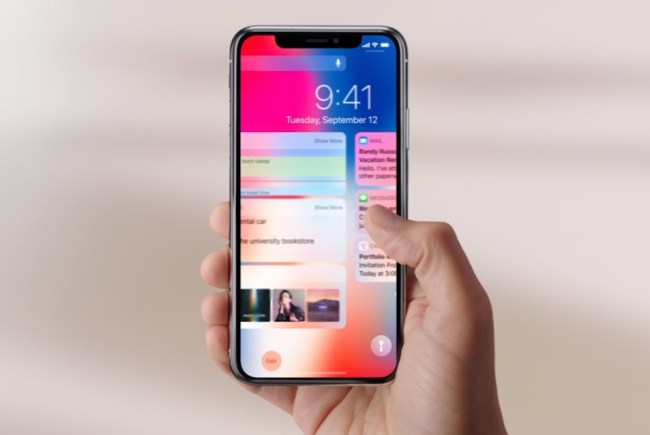 There are a number of ways to appear like you are rich. You could rent an expensive sports car. Buy a fake Rolex. Or you could buy a monocle and dress up like the Monopoly Man. But according to a new study, the best way to appear rich to other people is to own an iPhone.

Sure there are many people who are 42-years-old living in their parents’ basement and have zero money saved, yet own a shiny new iPhone. But a new study from the National Bureau of Economic Research found that the best product that indicates that they are “high-income” is the Apple iPhone. The paper titled “Coming Apart? Cultural Distances In The United States Over Time,” noted that owning an iPhone was 69.1% predictive of being rich. Apparently, it doesn’t even have to be a brand-new iPhone X.

According to University of Chicago economists Marianne Bertrand and Emir Kamenica, the second best item that indicated wealth was an Apple iPad. If you have both an iPhone and iPad, you’re basically as prosperous as Mark Zuckerberg. Sorry Android people, you’re essentially destitute vagrants according to the paper.

“Knowing whether someone owns an iPhone in 2016 allows us to guess correctly whether the person is in the top or bottom income quartile 69 percent of the time,” wrote the researchers. “Across all years in our data, no individual brand is as predictive of being high-income as owning an Apple iPhone in 2016.” In 2017, there were over 90 million Americans who owned an iPhone, that’s a lot of rich people who aren’t rich.

“We measure cultural distance between two groups as the ability to infer an individual’s group based on his or her (i) media consumption, (ii) consumer behavior, (iii) time use, or (iv) social attitudes,” the paper states.

It was a lot easier to appear rich in the ’90s. In the same study from 1992, the #1 product that signaled affluence was Grey Poupon Dijon mustard as an indicator of 62.2%. Even in 2004, the most well-to-do product was Land O’ Lakes Butter (Which is laughable because everyone knows that Kerrygold Pure Irish Butter is the obvious high-end butter).

The Apple iPhone X can cost as much as $1,149, but if you don’t have that kind of coin for a phone don’t fret. The fifth best brand to own that will make you appear wealthy is… Kikkoman Soy Sauce. Which is pretty fantastic since you can buy a 1.2-liter jug of Kikkoman Soy Sauce for only $6.99. Just start dousing everything in Kikkoman Soy Sauce wherever you go. Slather Kikkoman Soy Sauce on your caviar, foie gras, ice cream sundaes, everything. For good measure, make sure you wash your hair with the salty condiment so everyone can breathe in your opulence. Make your Tinder profile pic a photo of a bottle of Kikkoman Soy Sauce to let the ladies know what’s up. Have random Kikkoman Soy Sauce bottles all over your house so everyone knows how baller you are. Name your first child “Kikkoman” to ensure they too can enjoy the fruits of this powerful soy sauce.