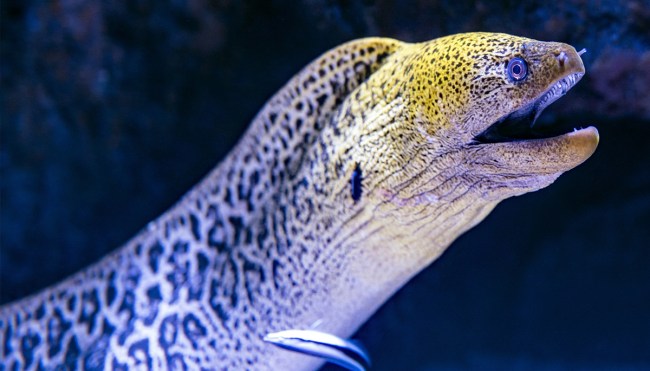 In 2019, scientists in England were a bit surprised after plucking some shrimp from rivers in the country and discovering a pretty sizable amount of cocaine and ketamine in their systems.

It turns out this is far from an isolated issue. That same year, police in Alabama were forced to remind residents to dispose of their illegal stimulants responsibly to cut down on the possible threat of “meth gators,” which are two words you never want to read in succession.  Over the summer, researchers in Germany were also able to explain some odd behavior observed in a local salmon population when tests revealed they were basically always hitting the slopes thanks to the level of blow in the water.

Now, our tour of drugged-up animal studies has brought us back to Jolly Ol’ England, as The Independent reports a group of scientists has sounded the alarm after looking into the environmental impact of the annual Glastonbury Festival. According to the new study, European eels that call the nearby Whitelake River home were treated to one hell of a surprise after the music festival wrapped up in 2019, as samples taken from the waterway showed levels of MDMA had quadrupled as a result of the urine that made its way into the river from people who contaminated nature when nature called instead of using the dedicated facilities.

That wasn’t the only drug found, as the study also detected enough cocaine to impact the life expectancy of the endangered eels. That issue was previously explored by another experiment that was conducted in Italy in 2014, which found Colombian marching powder can inhibit the production of mucus eels rely on to survive.

It’s worth noting the founder of the Glastonbury Festival took issue with the claims, saying staff members are dispatched to the river to make sure people don’t pee in it. He also claimed it’s unlikely public urination is the culprit because “the people who come to this festival are so environmentally concerned.”