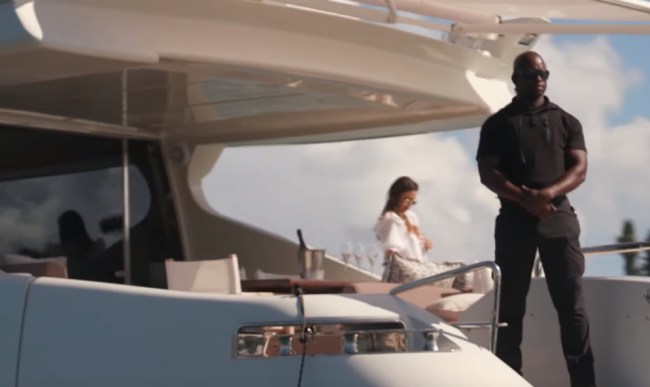 A week ago, we speculated that El Chapo’s wife would appear on the VH1 reality TV show Cartel Crew. On Monday afternoon, it was confirmed that Emma Coronel Aispuro, wife of the illustrious druglord Joaquín “El Chapo” Guzmán, will star on Cartel Crew.

VH1 released a teaser trailer of Emma Coronel Aispuro making her debut on Cartel Crew. The wife of the Sinaloa Cartel leader instantly becomes the biggest star of Cartel Crew. How much of her personal life and if she will elaborate on what she has seen since being married to the most popular drug kingpin on the planet remains to be seen.

The teaser trailer shows Michael Blanco, the youngest son of Griselda Blanco AKA, the “Cocaine Godmother,” meeting Emma in on her yacht in Miami, possibly to persuade her to join the reality TV show.

VH1 confirmed that Emma Coronel Aispuro will be joining Cartel Crew, but there are only two episodes left this season. El Chapo’s wife will make her reality TV debut next Monday, November 18th at 9 PM EST on VH1.

The Daily Mail reported: “Aispuro will make ‘several appearances’ on Cartel Crew, VH1 said, opening up about her life after El Chapo and her ‘upcoming business venture.'”

The cartel-based reality TV show features “the sons and daughters of cartel members give a glimpse into their personal lives as they navigate adulthood and the effects of their family legacies,” according to VH1. There are eight castmembers on the Cartel Crew, all with deep family connections to cartels.

Aispuro, who is a former beauty queen, has been married to Guzman since 2007. She was very prominent during El Chapo’s trial in Manhattan this past year.

Don’t expect to see Emma’s drug kingpin husband, Joaquin Guzman, on the show. After the cartel commander was found guilty of 10 crimes, including drug trafficking and murder, El Chapo was sentenced to life plus 30 years at ADX Florence, the nation’s most secure supermax prison.