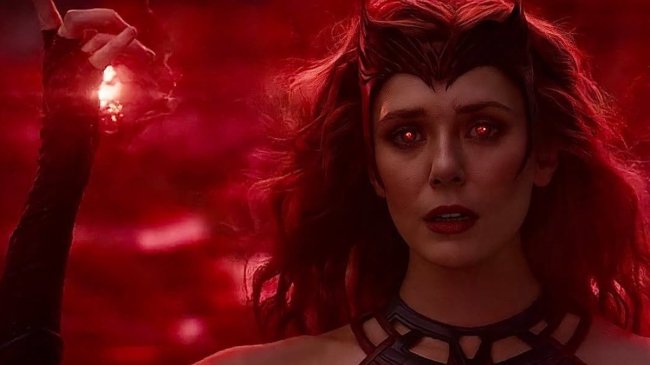 Elizabeth Olsen first made her Marvel Cinematic Universe debut as Wanda Maximoff/Scarlet Witch(not counting post-credit scenes) back in 2015’s Avengers: Age of Ultron and has since gone on to become one of the MCU’s most important players.

Since that first appearance, Olsen’s Maximoff has not only gone from villain to hero to villain again but she’s appeared in films such as Captain America: Civil War, Avengers: Infinity War and Avengers: Endgame, while also starring in the Disney+ series WandaVision and featuring as the main antagonist in Doctor Strange in the Multiverse of Madness.

Given all of those MCU apperances, Olsen obviously loves playing the character. But even she’s able to admit that there are some aspects of being an MCU actress that feels “ridiculous” and “embarrassing”, particularly when it comes to filming green-screen scenes prior to the rendering of CGI effects.

“It’s very embarrassing shooting those kinds of things, because, like, the world depends on you doing it,” Olsen said during a revent interview with Variety.

“It was one of the last things we shot. I felt really comfortable with him as an actor if we had to improvise that beat a little bit. We were trying to find it, with [directors] the Russos guiding us. And I just remember being giggly the rest of the day, while [Thanos actor Josh] Brolin had his helmet on. And I don’t know. These movies are very silly, but you have to act your ass off for them to work.”

Based on recent comments from Marvel Studios president Kevin Feige, we certainly haven’t seen the last of Olsen’s Scarlet Witch, either, as he recently played coy about the character’s fate at the end of Doctor Strange 2.