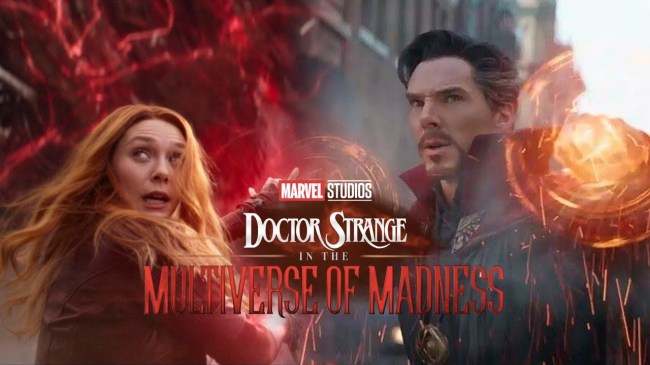 Doctor Strange, man — where ya been? If there’s ever been a “you had one job” dude not doing his one job, it’s my boy the Sorcerer Supreme in WandaVision, who was conspicuously absent from the series, despite the fact that the very thing Wanda was altering, reality, is exactly what Doctor Strange was hired to protect. Lest we forget him reminding the “douchebag” Tony Stark of that very fact when the pair first meet in Avengers: Infinity War.

And yet, despite the big puff of his cosmic chest in front of Iron Man, Strange was nowhere to be found when Wanda was tearing a hole in the time-space continuum in the suburbs of New Jersey, barely a stone’s throw from his cushy Bleecker Street bachelor pad. I loved WandaVision, I really did, but as you can tell, I found the lack of Strange — they didn’t even mention his name! — to be glaring.

But if there’s one thing I’ve learned about Marvel Studios over the last decade, it’s that everything happens for a reason because not only do they know what they’re doing, but they figured it out years in advance. So, I trust that my questions about the Sorcerer Supreme’s absence will be answered in Doctor Strange in the Multiverse of Madness, which Elizabeth Olsen is teasing will be full of surprises:

“I have spent the last 7 years playing this character and she has changed and grown with me,” Olsen told Glamour Spain. “But it wasn’t until WandaVision, and now Doctor Strange in the Multiverse of Madness, that I felt a sense of ownership and creative license with her. Every Marvel movie is unique and this one is sure to surprise fans. I can’t wait to see your reaction, especially when it comes to the WandaVision part.”

RELATED: Hey, It Turns Out Doctor Strange Actually WAS Supposed To Appear In ‘WandaVision’

Doctor Strange in the Multiverse of Madness — which stars Benedict Cumberbatch, Elizabeth Olsen, Benedict Wong, Rachel McAdams, Chiwetel Ejiofor, and Xochitl Gomez — is scheduled to hit theaters in the United States on March 25, 2022.