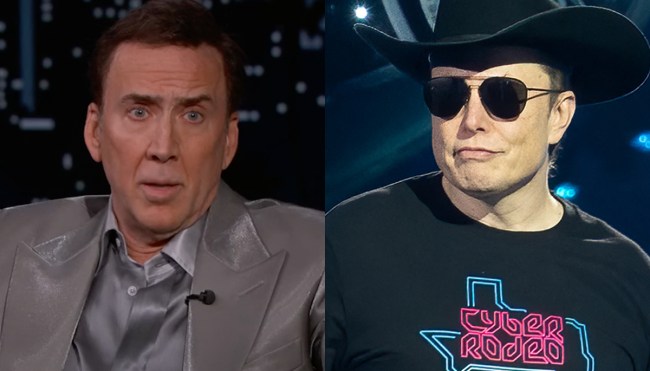 Over the past decade or so, we’ve seen movie stars like Matthew McConnaughey and Robert Pattinson successfully resurrect their careers after embarking on wildly successful quests for redemption that ended with them overhauling their image with the help of critically acclaimed roles capable of shattering the reputations they once had.

However, I’m not sure if there’s any comeback that’s as impressive as the one Nicolas Cage has managed to stage during that span.

Cage initially made a name for himself for his performance in 1987’s Moonstruck and proceeded to go on a pretty impressive run that came to an end in the mid-2000s after a series of regrettable financial decisions totaling over $100 million forced him to accept virtually any and every role he was offered.

However, he kicked off a period the world will remember as the “ReNicssance” toward the end of the 2010s thanks to a series of roles that allowed him to go Full Cage, including Mom and Dad, the truly bonkers Mandy, and Color Out of Space.

Now, the actor has officially reached Peak Cage by playing himself in the critically acclaimed The Unbearable Weight of Massive Talent, and he’s recently been making the media rounds to help drum up excitement ahead of its April 22nd release.

On Wednesday, Cage stopped by Jimmy Kimmel Live! for what he claimed was the first interview he’s given on late night television in 14 years. It’s safe to say it was more than worth the wait, as the actor touched on a number of topics in the wide-ranging conversation—including a story about how he missed out on $80 million thanks to Elon Musk.

Cage said he had a nice little business deal lined up with the city of Las Vegas to open his own movie studio, but things apparently fell apart after the Musk and the aptly named Boring Company convinced officials to give them the funds for the laughably underwhelming Loop:

“I tried to get a movie studio built there and then Elon Musk came in, and all the money I got for the movie studio—I got $80 million—they put it into the Tesla corporation, which then, ironically, drained all the water out of the city.

Other highlights from the interview include Cage addressing the time he donated $20,000 he won at roulette to an orphanage, explaining the downsides of owning a two-headed snake he paid $80,000 for, and uttering the words “a very well-dressed crow.”