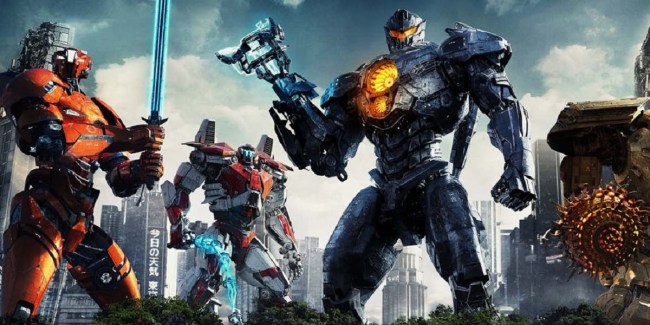 Elon Musk says that it is time to create a mecha and we could not agree more. What sci-fi fan hasn’t dreamed of commanding giant fighting robots to do battle? The Tesla founder could be the one to take mecha from anime and bring them into the reality.

It is time to create a mecha

Mecha fighting robots have been featured in Japanese anime and manga for decades in such series as Mobile Suit Gundam, Aquarion, Neon Genesis Evangelion, and Ghost in the Shell to name a few. The robots are piloted by humans in a cockpit inside the mecha or remotely and are outfitted with weapons ranging from lasers to missiles to lightsaber swords. Mecha have been seen in many Hollywood movies such as Pacific Rim (seen above), RoboCop, and Power Rangers.

RELATED: What It’s Like To Pilot A $100 Million, 13-Foot Tall Robot That Looks Like Its From A Sci-Fi Film

Musk has a lot more free time after he was forced to step down as chairman of Tesla and pay $20 million after the Securities and Exchange Commission (SEC) sued him for a weed-themed 4/20 tweet. Was Elon Musk joking around after partaking in a little too much of his Tesla brand tequila Tesquila (which he said is definitely happening and received a trademark last week) or is he actually going to create fighting robots? We certainly hope for the latter.

Remember, The Boring Company also started as a joke and the flamethrowers started out as a joke and reference to the comedy Space Balls.

Would Musk enter his mecha to battle MegaBots or would he sell his new fighting robots to the U.S. military? Musk could put the Tesla mecha on SpaceX rocket and send it to Mars to battle any aliens before we start colonizing the Red Planet.

RELATED: Japan Created A Real-Life Transformer That Goes From Robot To A Car You Can Ride