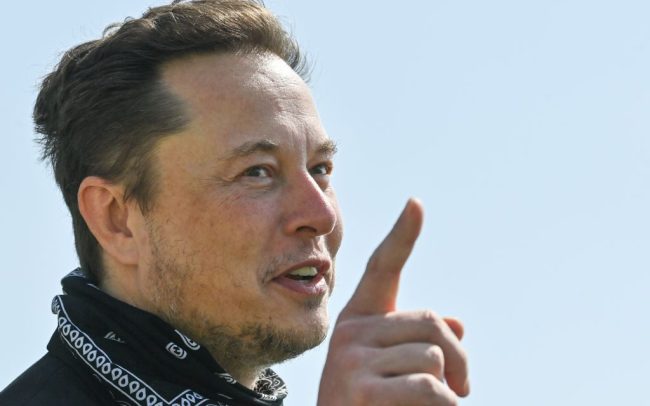 Elon Musk became only the third person in the world to be worth $200 billion on Monday. As a result, he has surpassed Jeff Bezos and reclaimed the title of ‘World’s Richest Person.’

In response to the financial standing shift, the Tesla and SpaceX CEO is taking a jab at the second-place affluent. He plans to send Bezos a reminder of their standing on the billionaires list.

“I’m sending a giant statue of the digit ‘2’ to Jeffrey B., along with a silver medal,” Musk told Forbes in an email.

Bezos had been the first person to reach the $200 billion milestone when he did so last August, but his wealth has since decreased to just $193 billion. Bernard Arnault, the CEO of LVMH Moët Hennessy – Louis Vuitton, briefly hit the $200 billion mark more recently.

As for Musk, who just passed the number for the first time, he and the former Amazon CEO have gone back and forth in standing multiple times. Their continued leapfrogging of one another has sparked quite the rivalry between the two.

Earlier this year, Bezos’ aerospace company, Blue Origin, took umbrage with NASA’s decision to award a $2.9 billion contract to Musk’s SpaceX. In response, Musk chirped back with a reference to the phallic resemblance of Blue Origin’s rocket.

Can’t get it up (to orbit) lol

And then, last month, Amazon subsidiary Kuiper Systems filed a protest letter with the FCC over SpaceX’s plan to expand its satellite network.

Musk again fired a very comical shot back at Bezos.

Bezos has stayed out of the back-and-forth quips (because he knows he would get smoked), but if Musk really sends him a No. 2 statue and a silver medal, it might be time for him to up his game.