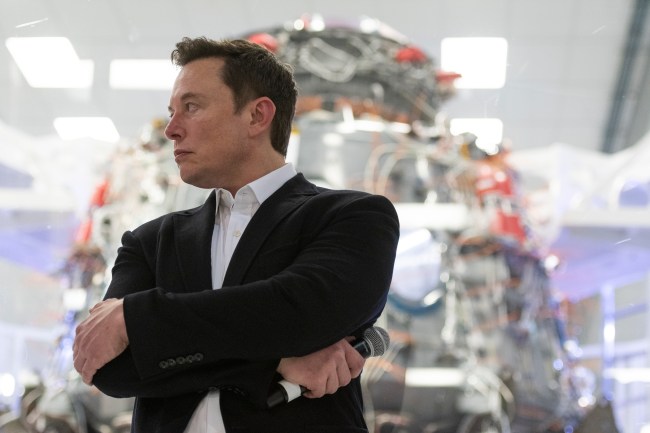 Hey fellow Dumb People ™, help could be on the way for our baby brains!

As we know, the Elon Musk-founded neurotech company Neuralink has been working for four years on an artificial-intelligence-enabled microchip that would be implanted directly into the brain to monitor and stimulate brain activity. 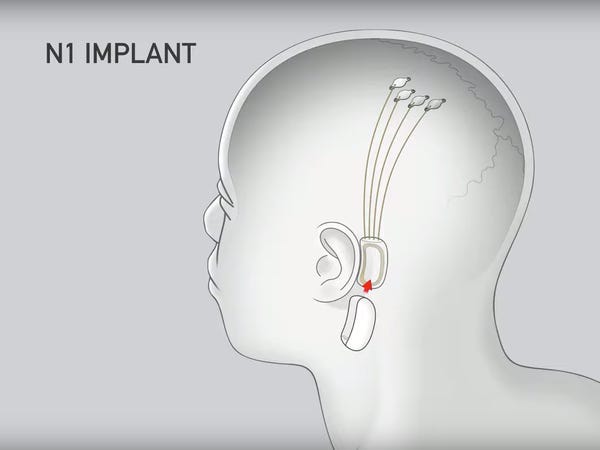 The company claims the main short-term goal of Neuralink is to use human symbiosis with artificial intelligence to solve several brain-related diseases like autism, schizophrenia and memory loss (Alzheimer’s).

“To be able to do this, you have to be able to interface with the neurons at a detail level, and you need to be able to fire the right neurons, read the right neurons and then effectively create a circuit [to] replace what’s broken with silicon, (which will) end up having the same functionality,” Musk said during an appearance at MIT research scientist Lex Fridman’s Artificial Intelligence Podcast.

Musk tweeted on Tuesday that Neuralink will host a live demonstration of a “Version 2” of the implant robot that would be used to embed implants into the brain. Both Elon Musk and Dr. Matthew MacDougall, head surgeon at Neuralink, claim that the company plans to improve on the device until the procedure is as non-invasive as Lasik, but that’s still a few years from now.

Yes, will show V2. Still far from LASIK, but could get pretty close in a few years.

In a tweet last month, Musk claimed that the August 28th presentation will show “neurons firing in real-time.”

Musk estimated that the company started animal testing on primates last year and could start human trials of its chips within a year.

I’m oscillating between cautious optimism and exiting the simulation. 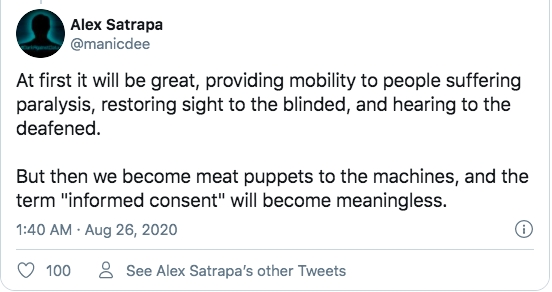