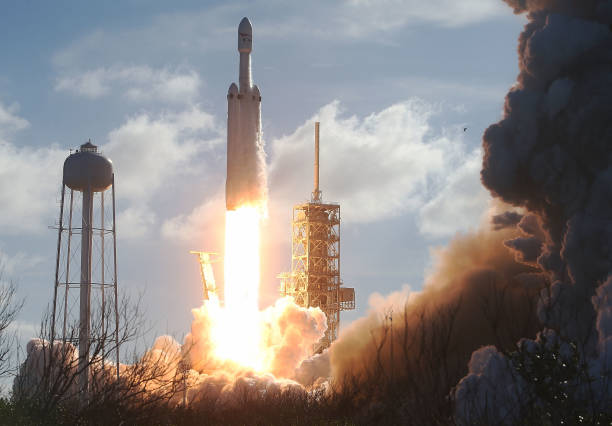 Elon Musk‘s Tesla Roadster missed its exit for the Mars orbit and is now on a collision course with an asteroid belt. Does car insurance cover asteroid damage? The Tesla Roadster, which is “driven” by a mannequin called “Starman,” was brought into space by the SpaceX’s Falcon Heavy rocket on Tuesday afternoon.

The plan was for the Tesla Roadster to be thrust into an elliptical orbit around the Sun, that extends out to Mars. However, the Falcon Heavy rocket overshot the intended orbit. The final engine burn on the rocket was stronger than expected and propelled the $100,000 car into an orbit that will pass through an asteroid belt between Mars and Jupiter. Musk tweeted, “Third burn successful. Exceeded Mars orbit and kept going to the Asteroid Belt”.

The SpaceX Falcon Heavy rocket, which is the most powerful in the world, blasted off from the Kennedy Space Center in Cape Canaveral, Florida at 3:45 p.m. ET on Tuesday. Despite missing the original orbit, the launch was a massive success. The only other miscue from the mission was that the center booster rocket suffered some damage when returning to Earth. The middle booster missed the “drone ship” floating landing target and splashed down in the Atlantic Ocean at about 300 mph. “That’s hard,” Musk said of the crash-landing. The two side boosters landed safely. SpaceX did not plan to reuse the central booster.

During the Tesla Roadster’s journey, Starman will be listening to David Bowie’s “Space Oddity” and there is a note on the car’s dashboard that says, “Don’t Panic.” Let’s look at some truly incredible photos and video from the historic launch including a SpaceX livestream featuring the Roadster cruising through the Van Allen radiation belt in Earth’s magnetosphere.

View from SpaceX Launch Control. Apparently, there is a car in orbit around Earth. pic.twitter.com/QljN2VnL1O

Falcon Heavy side cores have landed at SpaceX’s Landing Zones 1 and 2. pic.twitter.com/oMBqizqnpI

SpaceX is currently working on the BFR (Big Falcon Rocket or Big Fucking Rocket), which will be powerful enough to send humans to the Moon or Mars and one day allow colonization of the Red Planet.