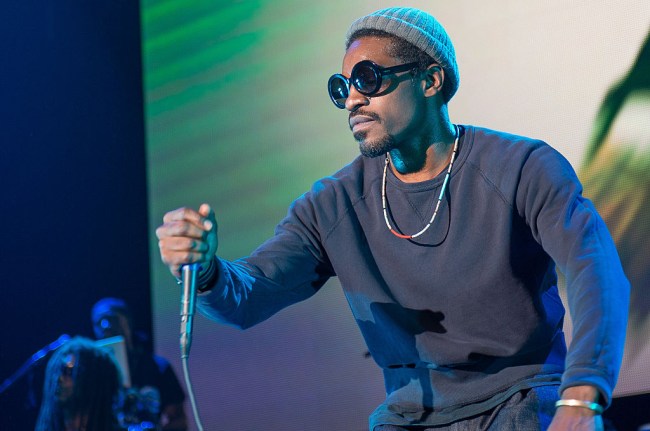 Eminem and Nick Cannon have been engaged in a rap beef for years but was reignited three weeks ago when Slim Shady disrespected the Wild ‘N Out host in a new track on Fat Joe’s new album. Nick Cannon responded with three diss tracks, but Eminem didn’t react to any of them. Now, it seems Eminem has moved on and is more about positivity.

Earlier this week, Andre 3000 appeared on Rick Rubin’s Broken Record podcast where he discussed his music career. André Benjamin explained why he hasn’t made new music and why you shouldn’t expect a new album any time soon.

“I haven’t been making much music, man,” Benjamin told Rubin. “My focus is not there, my confidence is not there. “I’d like to, but it’s just not coming.”

Andre said his success with Outkast and his earlier music have hurt his prospects for making new music. “Once the attention is on that world, the world goes away.”

“Any little thing I put out people nitpick it with a fine-tooth comb. ‘Oh, he said that word!’ And that’s not a great place to create from,” Benjamin explained. “And it makes you draw back.”

Andre 3000 said he is currently most interested in making “random instrumental kind of things” that makes him “feel the most rebellious.”

Andre 3000 hasn’t had a Billboard hit since 2012 with I Do and Sorry, which both featured help from rappers Jazy-Z and T.I. Benjamin hasn’t released a full-length LP since 2006 with the Outkast album Idlewild.

The underground West Coast rap group was an inspiration to Slim Shady and Andre 3000 to the point that the two rappers shared Hieroglyphics’ lyrics with each other.

“Me and Eminem, we sat on the phone for about an hour talking about the Hieroglyphics crew,” Benjamin said in the interview. “We were trading their lyrics on the phone like, ‘Do you remember, man?’ They sparked so much, they opened up a new door for everybody. Just to around that time and to be … we were out when Wu was out. We were out when Nas was out. But we were from the South, and we had to step up.”

Mathers tweeted lyrics from Souls of Mischief and asked Andre to respond with more lyrics, “’If I had to grip my pad the riffs I’d grab would rip and stab, the kids that sad, the shit that’s drab and flavorless…’ you’re up, André!”

“If I had to grip my pad the riffs I'd grab would rip and stab, the kids that sad, the shit that's drab and flavorless…” you’re up, André! https://t.co/qCuHEMYJPA

Andre also said Rage Against the Machine inspired him, and without them, Outkast’s Bombs Over Baghdad wouldn’t have happened.