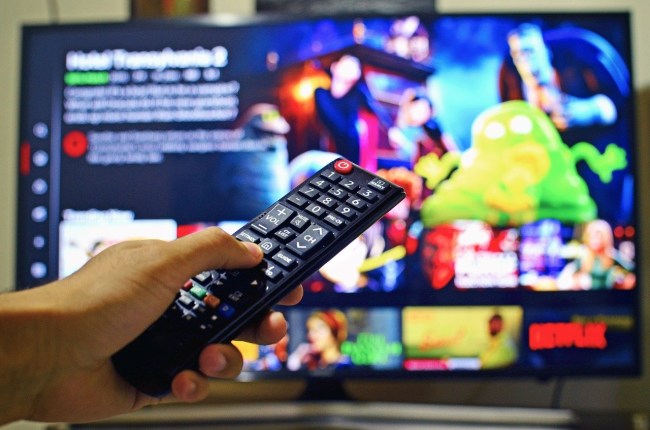 In 2014, Paper recruited Kim Kardashian to pose for a photoshoot that involved a picture of her shooting a bottle of champagne into a glass delicately balanced on her ass (in addition to some others where she exposed said ass and other parts of her body) in an attempt to “break the internet.”

From that point on, that term would be used to describe viral moments that figuratively brought the internet to a standstill, like the legendary day in online history where everyone obsessed over some llamas on the lam before turning their attention to an ambiguously colored dress that tore the world apart.

If you have a particularly shitty internet provider like I do, you know all to well what it’s like to deal with your internet literally being broken, but thankfully, the world has not had to collectively deal with a massive outage.

However, there’s a chance many people in Europe actually might and they’ll have Netflix to blame if they do.

As you know all too well by now, self-isolation has become all the rage in recent weeks as people confine themselves to their homes in the interest of public health, and as a result, they’ve had more time than ever to start making their way through their watchlist.

However, according to CNN, this sudden spike in the number of people streaming at once (combined with an increase of those holding virtual meetings while working remotely) has started to take its toll on servers around the European Union.

On Wednesday, EU Commissioner Thierry Breton sent out a tweet urging Netflix CEO Reed Hastings to begin throttling content on the platform by *GASP* streaming shows and movies in standard definition as opposed to HD.

To beat #COVID19, we #StayAtHome

Teleworking & streaming help a lot but infrastructures might be in strain.

To secure Internet access for all, let’s #SwitchToStandard definition when HD is not necessary.

As of a couple of years ago, Netflix was responsible for 15% of worldwide bandwidth usage and there’s no telling how much that number has risen recently.

Eat your heart out, Kim.