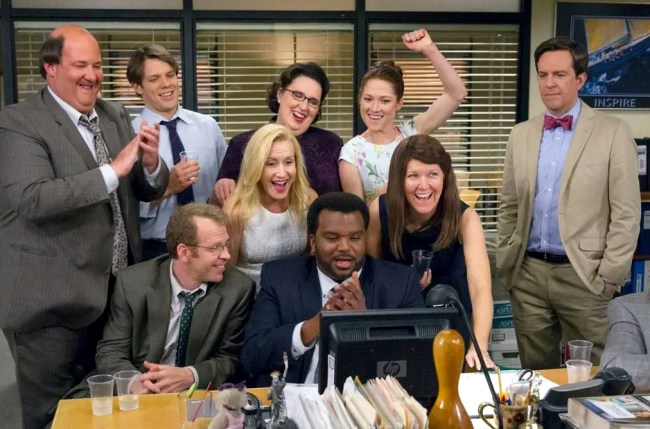 If you’ve ever needed proof that people are running out of things to entertain themselves while stuck in self-isolation, then you need look no further than at fans of The Office.

On Tuesday, we shared one diehard fan of the show’s unreal 24 episode, 900 page season 10 of The Office that he wrote while not being able to physically interact with other human beings.

Today, we have a company called MSCHF, which manufactures viral stunts, who have went ahead and created a Slack channel which simulates each and every episode of The Office as if Jim, Pam, Mike, Dwight and the rest of the gang were actually using the communication platform.

You’ve got the text, of course, but there is also some very clever usage of emojis and GIFs being carried out a well by the folks over at Dunder Mifflin.

Someone is live streaming all the episodes of the office in Slack.
Peak 2020 pic.twitter.com/deJDgUyFmM

There are also multiple channels you can follow like #watercooler and #smoke_break in addition to the main Dunder Mifflin Slack channel which displays a new episode every day from 9am to 5pm EST.

“The nature of work and office culture has changed so much since the show aired,” Daniel Greenberg, Head of Strategy & Growth at MSCHF, explained to Forbes. “A lot of [this culture] is centered around the way we use technologies now, and that shaped the way we relate to our coworkers. So this is really cool.”

What’s even more amazing is that it’s not just some API writing the Slack comments. Each episode is typed into The Office Slack live, by a team of dedicated typists, each who has been assigned a character on the show and follow the script of each episode.

Fair warning though. You may lose hald your workday once you visit The Office Slack channel. Then again, that is certainly something that Michael Scott would do while at his job, so, hey, have at it!

There’s a slack that recreates the office daily and I’m living 😂😂 pic.twitter.com/1hImzxt6S7

I’m enjoying The Office slack way too much 😂 https://t.co/9Bx7PnZaFN pic.twitter.com/pjvqyWAvQ1