Diehard Fan Spends Quarantine Writing A 24 Episode, 900 Page Screenplay For A 10th Season Of ‘The Office’ 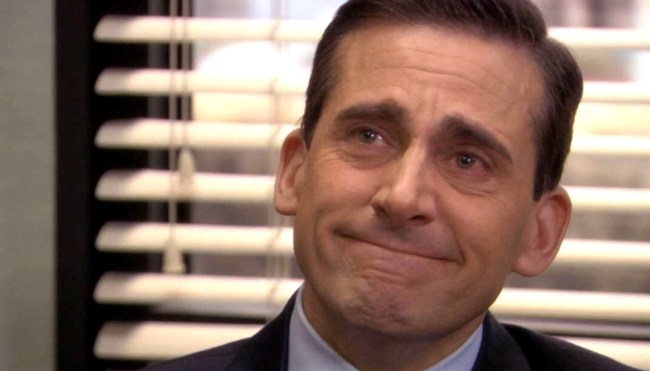 Fans of The Office have repeatedly proven just how devoted they are to the show.

After all, there aren’t many shows where people just straight up copy how two of the main characters performed their wedding proposal like what happened recently when John Krasinski got the cast of The Office back together for his Some Good News show.

And while most fans just settle for continuing to binge-watch The Office thanks to it being on Netflix (for at least a few more months), especially while being stuck in self-isolation thanks to the global pandemic, one fan took things to a whole new level of fanaticism.

Related: Jenna Fischer And John Krasinski Disagree Over When Pam and Jim’s First Kiss Took Place On ‘The Office’

Writer Nick Janicki decided that rather than just watch The Office while waiting for the all clear to resume a normal life, he would just go ahead and write a season 10 for the show.

“Snapchat filters. Uber. Baby Yoda. TikTok. Binge-watching. Fitbit. The world has changed immensely over the last seven years, but our undying love for The Office remains the same,” Janicki wrote on his website where all 24 episodes can be viewed in PDF form. “So, how would the greatest sitcom ever made (“Fact.”) interpret the world today?

​”We’ve seen memes created. We’ve seen 280-characters-or-less scenes written out. Let’s kick it up a notch (or ten) and take an in-depth look at where our favorite T.V. coworkers would be in 2020. A whole episode, you say? Nay – a whole season.”

Related: For The First Time Ever, Jenna Fischer Reveals What Was On Jim’s Teapot Note For Pam On ‘The Office’

With episode titles like “Athleap,” “Schrute Games,” “Turf War,” “The Dunderal,” and “Bachelor & Chill” I have never wanted for there to be a 10th season of The Office more.

Here’s the final episode list to my fan fiction screenplay of The Office season 10! Coming later this month. //// 24 episodes, 900 pages and a whole lotta fun.