For The First Time Ever, Jenna Fischer Reveals What Was On Jim’s Teapot Note For Pam On ‘The Office’ 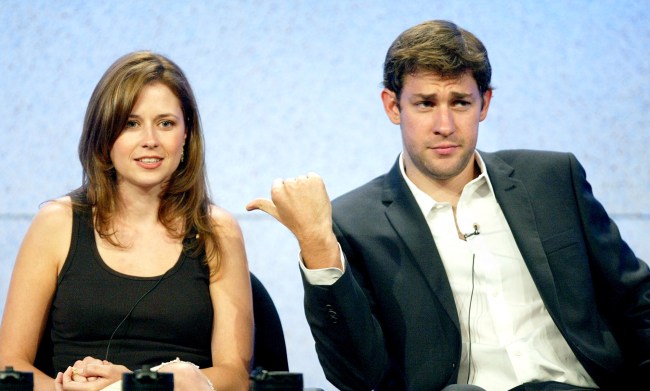 After 201 episodes, there wasn’t much left to learn about the lives of the characters on The Office. And yet, almost seven years later, the show is perhaps more popular than ever. (Thanks, Netflix.)

Which is why, after all this time, we are still learning little secrets here and there like the fact that Jenna Fischer and John Krasinski differ on when Pam and Jim’s first kiss took place.

One of the main reasons we are still learning these tidbits about The Office all these years later has to do with Jenna Fischer and Angela Kinsey starting a podcast talking about The Office called, appropriately enough, The Office Ladies Podcast.

The show, now in its second season, has revealed one more behind-the-scenes secret no one knew about until now: What was on the note that Jim wrote and put inside the teapot then removed during the show’s second season episode Christmas party episode and finally gave to her in the ninth season episode “A.A.R.M.?”

“There’s a scene where Jim has the documentary film crew put together footage of their romance, and he shows it to Pam. Pam sees that there was a note Jim steals back, then he hands it to her and she reads it,” Fischer begins to explain.

“In that episode in Season 9, I believe Greg [Daniels] suggested to John that he write a personal message from himself to me just saying what our time together on The Office meant to him, because we were wrapping up filming. We were wrapping up the series and we were all so emotional at that time, you know? And so that was his goodbye,” she said, getting a little emotional.

“So I’m on camera and I open up this note that John’s written me and I just start crying, I just start bawling. The first take was probably not usable,” said Fischer. “It was the sweetest note, and you know on camera, Pam says, ‘I’ll never say what it said but just know it was perfect?’ Well I’ll never say exactly what John wrote, but I will say just know it was perfect.”

No wonder Fischer’s emotional response to the note looked so real. It was real.

Now we just need someone at NBC to take John Krasinski up on his desire to do a Office reunion.