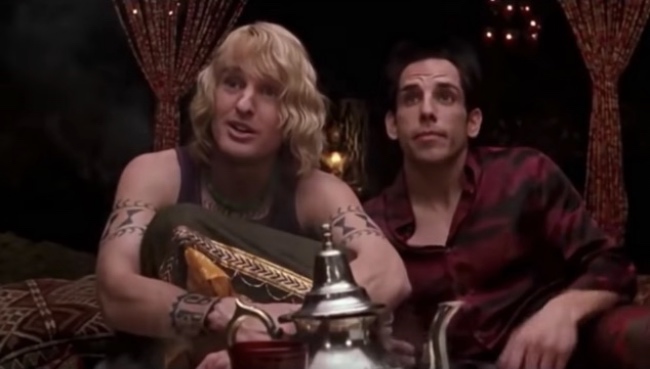 Three things in life are certain: death, taxes, and Owen Wilson saying ‘wow’ in every film he appears in even if it means him saying “I don’t say ‘wow’ that much.” Someone put together this clip below which strings together every time Owen Wilson has said ‘wow’ in a film from 1996 to 2017 and it is nothing short of spectacular.

Some actors are extremely versatile and can slip into any role with ease, like Tom Hanks, Daniel Day-Lewis, or Dustin Hoffman. Then you’ve got a class of actors who leave their calling card on every role like Vince Vaughn being a condescending asshole or Owen Wilson saying ‘wow’ on camera.

Owen Wilson’s first major role was playing Dignan in Bottle Rocket alongside his brother Luke. Then he went on to appear in a ton of successful films in the late 90s and 00s like Meet The Parents, Zoolander, The Royal Tenenbaums, Starsky and Hutch. I could keep naming movies but you know his body of work, it’s great.

One thing every Owen Wilson film has in common other than this face on camera is the actor saying ‘wow’. And he generally says the word in the same manner each time. There have been a million memes about this and for me they never get old.

When you come on shift,and this is just laying around. It's a good sign. #12reisman #owenwilson #wow

These are some of my favorite memes because you can read them in his voice. It’s so fucking distinct. You’ve seen him say it a thousand times, but until now you’ve never seen a compilation of every time he’s said ‘wow’.

Next time you’re out there in the world and come across a remark from Owen Wilson about how he doesn’t say ‘wow’ all that often I want/need you to remember this clip. In fact, if you’ve got a way to get in contact with Owen Wilson (and I’m sure someone out there reading this does) then shoot it over his way.

CHECK IT OUT: Some Genius Replaced Lightsaber Sounds With Owen Wilson Saying ‘Wow’ In This ‘Star Wars’ Fight Scene

Owen needs to know that saying ‘wow’ is his trademark and he needs to embrace it. Maybe upon seeing this compilation he can reflect upon his career and realize that being the guy who says ‘wow’ isn’t all that bad given that he’s made millions and millions of dollars.