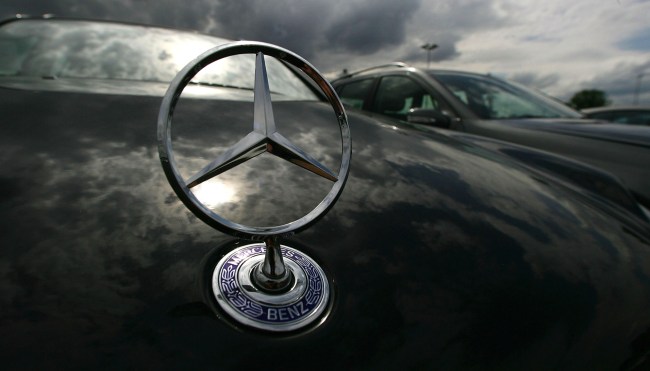 One disgruntled former employee of a Mercedes-Benz plant in Vitoria, Spain got his New Year’s resolution out of the way early when at one o’clock in the morning on December 31 he reportedly stole a Caterpillar bulldozer from his current employer’s construction site, drove it 13 miles, plowed through the gate at the plant, and proceeded to demolish as many as 69 cars.

According to Spain’s Periodismo del Motor, the 38-year-old smashed into several dozen Mercedes EQV, V-Class, and Vito commercial vans during his rampage, causing between €2 million and €5 million (approximately $2.45 million and $6.1 million) in property damage, including damage to public roads.

The unidentified man reportedly had plans to actually enter the factory and perhaps take the dozer to the actual assembly line as he had already broken a sliding door into the plant before calling an end to his destructive spree when a security guard fired a warning shot.

“During the journey between the two sites, he caused other damage,” stated a police report. “Police arrived at the scene of the damage to find the man at the wheel of the [bulldozer] smashing into the parked vehicles. He was held on suspicion of causing criminal damage.”

No motive has been officially released as of yet, however, two possible reasons for his actions have been put forth. One has to do with the fact that there have been recent demonstrations by factory workers protesting some upcoming layoffs, while the other posits that perhaps the man, who worked for the plant briefly several years ago, had just imbibed a little too much celebrating the New Year and the end of 2020.

#Killdozer Part2?
Revenge is a dish served cold – a former worker went on a wrecking spree in a stolen JCB at a Mercedes-Benz factory in Spain, delivering damage in millions of euros, four years after leaving the company. pic.twitter.com/Nbqw14LdUd