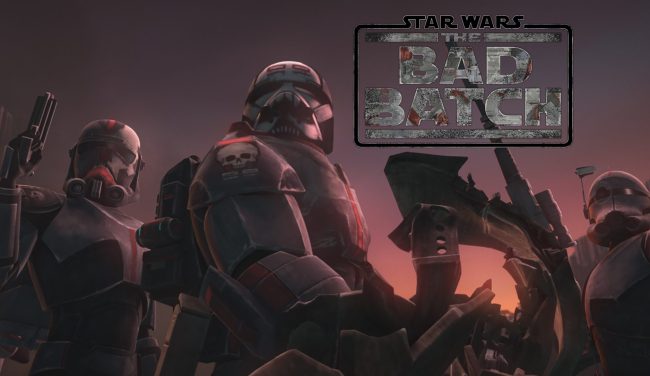 After ceding the Disney+ spotlight to the Marvel Cinematic Universe over the last few months, Star Wars is about to, once again, take pole position in the hearts and minds of pop culture fans, as the release of the franchise’s latest animated series, The Bad Batch, is just days away.

Disney+’s Star Wars: The Bad Batch, which follows the elite and experimental crew that makes up Clone Force 99 that was first introduced in the final season of The Clone Wars, is set to debut tomorrow, Tuesday, May 4, with a 70-minute premiere episode.

Given the opportunity to speak to the minds behind The Bad Batch during the official press conference for the series, the primary question on my mind was how, if it all, the series compares to Rogue One given that both projects essentially focus on a ground-level, non-Force-wielding group of ragtag heroes who are caught in the crossfire of a landmark moment in the Galaxy’s history.

BroBible: I’m just curious — I felt that this was a lot like ‘Rogue One’, in the sense that it was stripped down and focused on a reluctant, rag-tag group of soldiers, so I’m wondering what it’s like to make a show focused on that as opposed to grandiose characters like Jedi and Sith?

Brad Rau, Supervising Director and Executive Producer: That’s a massively awesome question. I mean, we love all of that stuff [Jedi and Sith]. But it is really interesting to deal with this family dynamic. To have the stories be emotionally charged, and emotionally based, gives the action a lot more texture, honestly. Cause, I mean, let’s face it: we’re blowing stuff up and we’re having fun doing that, but to have the emotional context of that is the challenge in ay of these stories. And for us, it helps that we are coming into characters that are familiar, and yet, we don’t know that much about. And it gives us room to kind of play around with how those characters develop.

The Bad Batch will premiere exclusively on Disney+ on Tuesday, May 4, with subsequent episodes releasing on Fridays thereafter. May the fourth be with you.