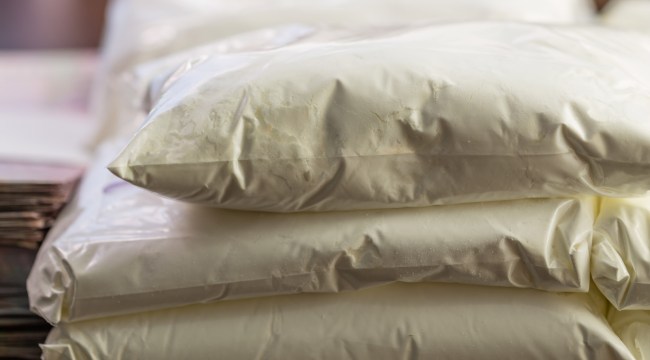 And while those are amazing stories about law enforcement doing a yeoman’s job in putting a huge dent in the illegal drug trade, sometimes it’s the little things that happen when it comes to fighting crime are the most rewarding.

At least for those of us reading about it on the internet, I mean.

One of those situations presented itself when a suspected drug smuggler was recently caught on CCTV at a gas station in Argentina.

What should have been a routine gas-and-go for our man turned into a sight that I can guarantee with 99.99 percent certainty you will never see at any point in your life when you pull up to the pump.

This man, who was driving a Peugeot 306, stopped at the station for some petrol and while an attendant was filling up his tank (they still have full-serve stations?!) the back window of his car was BLOWN out by a loud explosion, sending a cloud of cocaine into the air.

Naturally, seeing his situation rapidly going south, the driver of the car took a quick look at the damage and then quickly got the hell out of dodge.

It’s unclear what exactly caused the explosion, and the authorities are still on the lookout for the driver and his shotgun-riding accomplice, reports the Mirror.

So… am I the only one that immediately thought of this scene from Horrible Bosses after watching that?